A woman who paid a visit to Kamsi, the witness at the End SARS panel who was attacked by armed men allegedly for testifying, has revealed that she got a threat message as soon as she emerged from the hospital.

A video of Kamsi Ochuko with machete wounds was made public today and she revealed that her attackers abused her for testifying before the Lagos State Judicial Panel of Inquiry on Restitution for Victims of SARS Related Abuses.

Kamsi survived the attack by the armed men at Crown Estate bus stop, Sangotedo, in Lagos on Sunday, November 21, and was taken to the hospital.

Serah Ibrahim paid her a visit at the hospital but revealed that when she emerged, she found a note on her car. 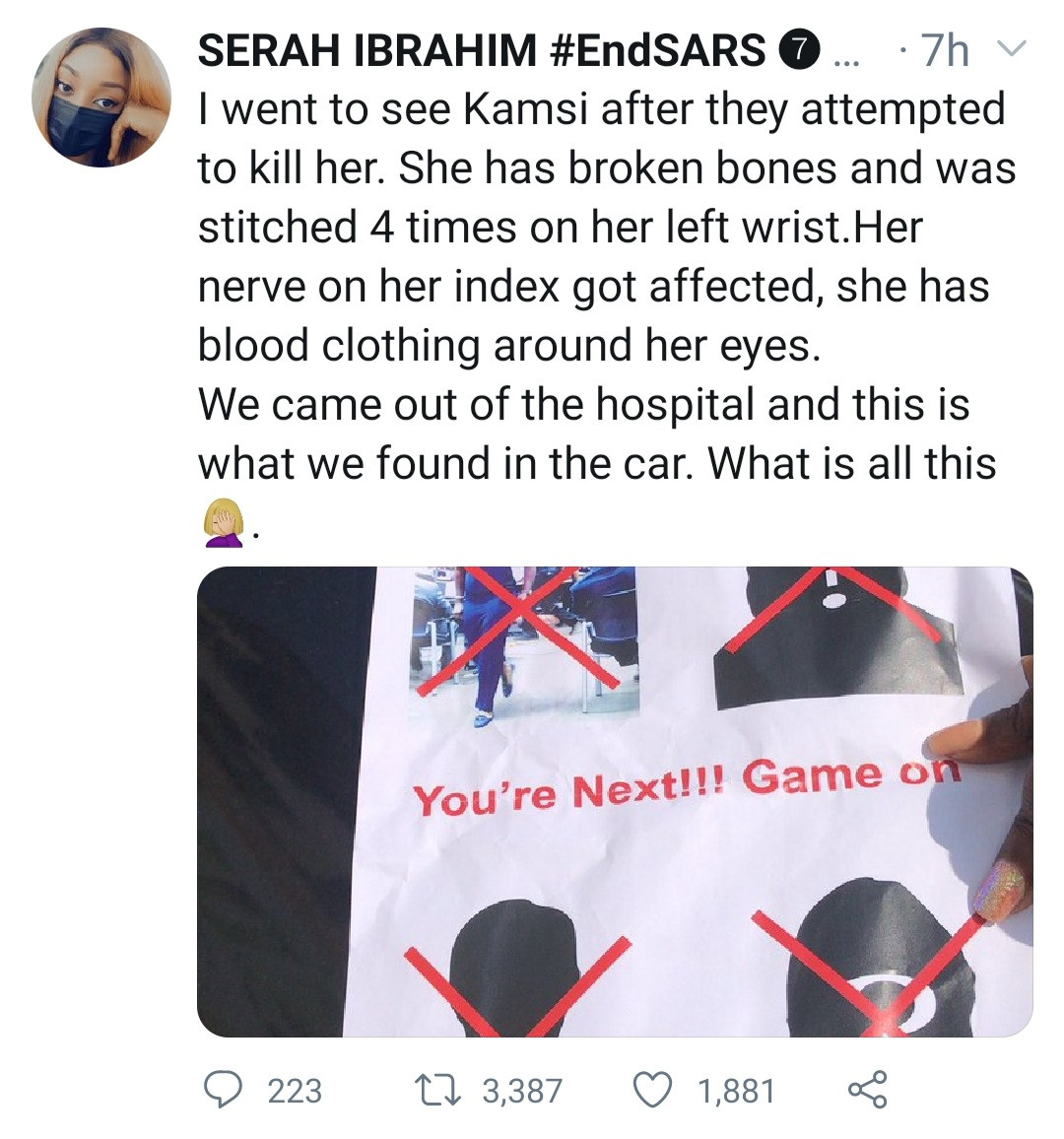 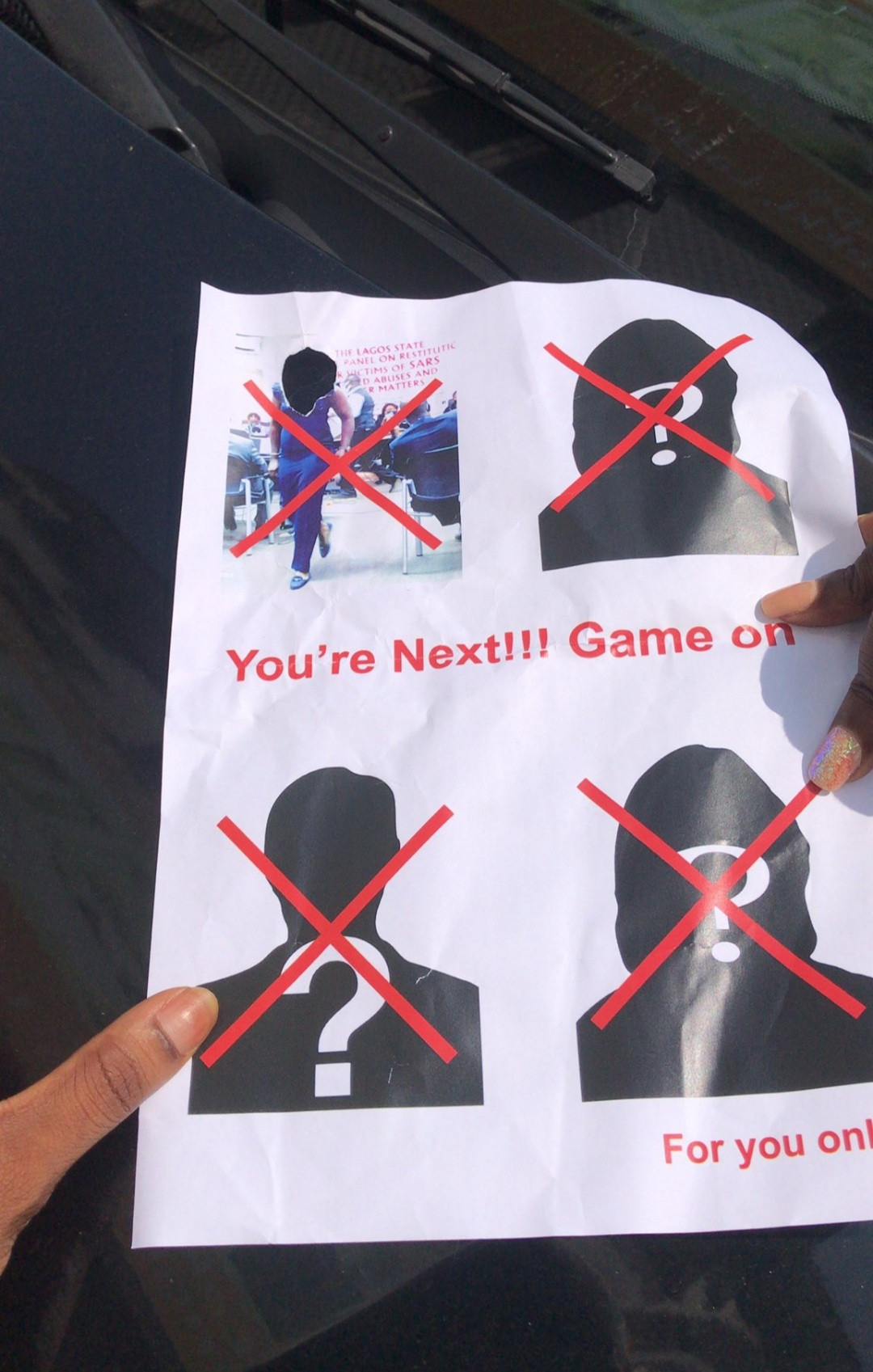 Share this on WhatsApp
Related Topics:brutalizedEnd SARS protesterthreatsWitness
Up Next