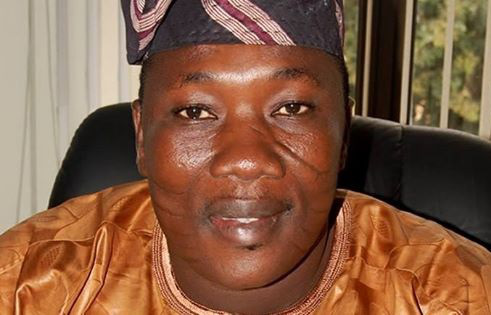 The Speaker of Osun House of Assembly, Mr Najeem Salaam, has urged Christians to use the Christmas period to pray for peace and progress in the country.

Salaam made the call in his Christmas message to the people, contained in a statement by his Chief Press Secretary, Mr Goke Butika, on Friday in Osogbo.

The speaker said that “the nation needs prayers at this time to overcome the various challenges bedevilling it.’’

He said that the problems facing the country could be likened to the barrier posed by the “wall of Jerico” which was made to crumble through the potency of prayer.

He, however, urged Christians to learn from the virtues of humility, simplicity and kindness which Jesus Christ exhibited during his life time.

In Jigawa, Malam Muhammad Gidado, the state’s Commandant of Nigeria Security and Civil Defence Corps (NSCDC), also called for prayers for peace and unity in the country and the world at large.

Gidado, who made the call at a news conference in Dutse on Friday, said there would be no meaningful development without peace and harmony.

He said “peace is a necessary requirement for development; so, I urge you all to support security agencies and the government to ensure peace in the state and the nation.

“We should use the Christmas period as an opportunity to create understanding and peaceful co-existence among Nigerians.’’

The commandant also urged Nigerians, irrespective of their religious and political inclinations, to promote harmonious co-existence among the various religions in the country.

“Nigerians should embrace peace, irrespective of their differences, as no religion preaches violence.

“We all worship one God; the only thing is that we have different methods of worship, which we must agree with one another.’’

Some Christians in Jigawa also prayed God to restore peace and unity in the country for a sustainable development.

Mrs Philoni Bitrus, a resident in Dutse, prayed for continued peace and unity among citizens and also urged Nigerians, irrespective of religion, to promote harmonious coexistence.

She, however, urged the Federal Government to intensify efforts in the fight against terrorism in order to reduce the casualties and destruction of property.

Another resident, Mr Clement Orja, said celebrating Christmas in Dutse was like doing so in Eastern part of the country, saying nothing hindered him from celebrating it.

Orja prayed God to installlove, peace and unity among Nigerians, saying “my prayers is that let there be peace; let there be love and let there be oneness in the country.

“We are all brothers and sisters and we need to live as one.’’

NAN reports that Christians in Dutse, the Jigawa capital, were seen going to various Churches without any hindrance, while police and other security agencies were seen patrolling worship places.

The Lord’s Chosen Charismatic Revival Ministries, the Watchman Catholic Renewal Movement Church and Assemblies of God Church were filled to capacity with worshippers as they joyously praise God Nad pray.

Christians in Gombe also prayed for peace and unity as they celebrate the Christmas.

A NAN correspondent who went round the city reported that Christians were seen going to their respective Churches as early as 8 a.m.

The police, personnel of the NSCDC, the State Security Service and other security agents were also seen patrolling around Churches to maintain law and order.

Other members of the respective Churches were also controlling worshippers and conduct search to ensure peace and order.

Pastor Ibrahim Alkali of the ECWA Good News Church, GRA, Gombe, urged Christians in the state to celebrate Christmas in an acceptable way and not to engage in sins.

The Police Public Relations Officer (PPRO) in Gombe State, DSP Fwaje Atajiri, said the atmosphere was peaceful and calm and everyone was going about his or her activities in an orderly manner.

He said the command had deployed its officers and men to all Churches and had taken other measures to ensure hitch-free celebrations.

Atajiri reassured the people of the state of the command’s determination to protect lives and property.

Elsewhere in Gusau, the Eze Igbo 1 of Zamfara, Chief Egbuna Obijiyaku, called on the Igbo and the Christian community there to use Christmas and the New Year festivities to pray for Nigeria.

The Igbo leader made the call on Friday in his yuletide message to members of the Igbo community in the state and Christians in the country.

Obijiyaku stressed the need for all good Nigerians to use the period to pray for Nigeria to overcome the security and economic challenges facing it.

He said that “as citizens of Nigeria, irrespective of our religious backgrounds, political or ethnic differences, we have to unite and pray as well as seek God’s intervention in our affairs.

“As Muslims celebrated Maulud on Dec. 24 and we are celebrating Christmas today, it is an indication that we all are one; we all worship one God and no one should be deceived; lets all pray for our country.’’

Meanwhile, the Public Relations Officer (PPRO) in the state, DSP Sanusi Amiru, advised citizens to go about their normal activities without any fear of molestation, saying the command had deployed officers and men to every nook and cranny of the state to ensure adequate security.

Amiru, therefore, urged the people to report any suspicious person or movement to the nearest security post.