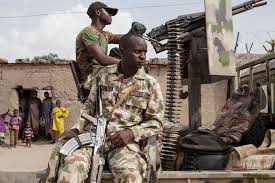 Yahuza Ibrahim Wuya, Vice Chairman of Anka Local Government Area of Zamfara, has been arrested by troops of OperationSharan Daji  for his alleged links with bandits terrorizing the state.

He was arrested on 13 April, based on intelligence linking him with bandits in Wuya and Sunke communities.

He was accused of giving information about troops, other security agencies and vigilantes’ movement.

He was also accused of aiding the release of a notorious gun runner, one Sani Yaro from Gusau prison.

Mr Wuya will be handed over to relevant security agency for possible prosecution after initial investigation.