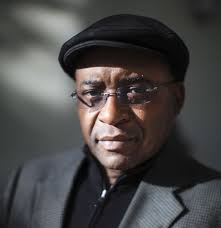 Share this on WhatsApp
Spread the love
Telecoms tycoon Strive Masiyiwa has become Zimbabwe’s first billionaire and the 14th richest dude in Africa, according to Forbes.
Masiyiwa is worth $1.7 billion now.
The 56-year-old has battled a lot of odds to break into the Forbes rich list.
Born in poverty-ridden Zimbabwe, he moved to the UK as a child, studied in Scotland and has an engineering degree from the University of Wales.
He went over the next hump on returning to his home country where former President Robert Mugabe opposed his effort to set up a telecoms company Econet nine years after working in the industry.
The Econet Wireless group now operates in Africa, Europe, South America and the East Asia Pacific Rim.
ALSO SEE: Dangote keeps soaring as other Nigeria billionaire disappear on Forbes list
Besides his entrepreneurial acumen, Masiyiwa is also one of Africa’s most active do-gooders. He is man-caring and God-fearing.
Among his efforts is the Higherlife Foundation he and his wife Tsitsi founded to assist about 40000 poor and orphaned students in Zimbabwe, South Africa, Burundi and Lesotho.
The couple also established the Ambassador Andrew Young Scholarship, which enables African students to attend the Morehouse College in Atlanta, Georgia, US.
His latest effort is in reducing migration from Africa. He has been encouraging young people to stop travelling to Europe by land.
That Masiyiwa broke into the billionaire club at the 14th notch may be a sign of strength.
Share this on WhatsApp