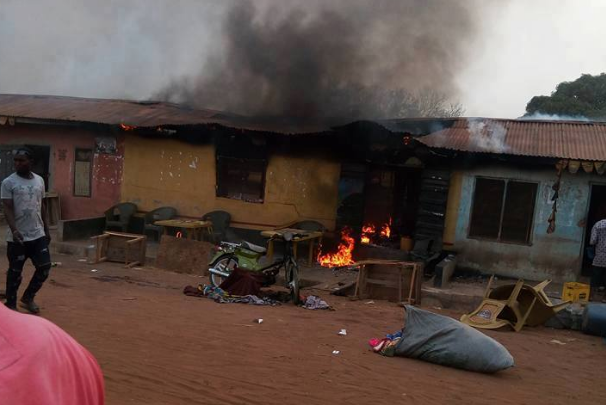 While an eyewitness said that 12 people were found dead, Police confirmed nine person killed in the attack, Punch reports.

According to an eyewitness account, the attackers stormed the community in a commando manner, shooting indiscriminately, leading to the death of eight persons on the spot.

The eyewitness further said that some people were injured and taken to an undisclosed hospital, where four others later died.

“The attackers stormed Tse Ujoh village in Ikyurav-Tiev in the early hours of Friday. As soon as they invaded the village, they were shooting indiscriminately, while some of the attackers entered into houses and attacked people.

“By the time they left, several people were injured, at least 12 bodies were found and taken to hospital morgue, the eyewitness said.

Reacting to the attack, Governor Samuel Ortom, who decried the constant attacks on Katsina Alla axis, said that nine people were killed.

The governor described as “unacceptable” the latest attack on Tse-Ujoh in Ikyurav-Tiev of Katsina-Ala local government area which left nine persons dead in the early hours of Friday.

The governor, who spoke through his Chief Press Secretary, Terver Akase, disclosed that troops had been deployed to the affected area to bring the situation under control.

He assured the people of Katsina-Ala that steps had been taken to prevent further attacks in the area, adding that three persons had been arrested in connection with the attack.

The statement further said, “Governor Ortom reassured the people of the state that his administration will not allow armed militia to continue to terrorise communities.

“He encouraged anyone with information that can lead to the apprehension of the gang to contact the police, Department of State Services or the military,” the statement said.

“We got information that some militia suspected to be of Shitile, attacked Tse Ujoh village of Ikyurav-Tiev council ward where nine people were killed,” Yamu said.