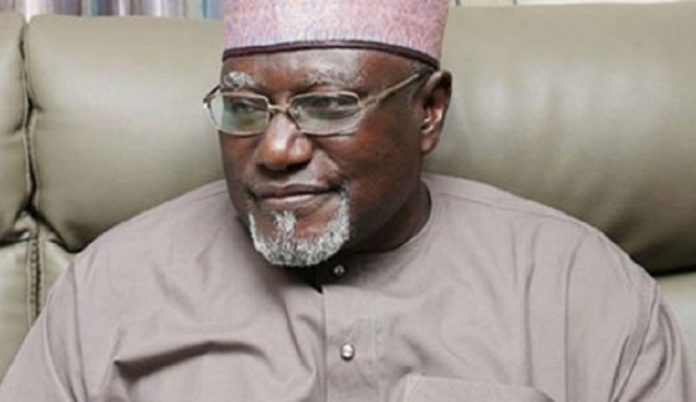 After grilling the disgraced DSS boss for hours on Wednesday, and releasing him Thursday, the police has taken another step in the bid squeeze more out of Lawan Daura.

IGP Ibrahim Idris has written to the Acting President, Yemi Osinbajo, seeking permission to search the residence of the sacked director-general.

In a letter entitled “Interim Investigation Report on Criminal Conspiracy to wit trespass, intimidation and unlawful invasion of National Assembly complex with intent likely to cause breach of public peace,” the IG recommended that the DSS operatives who partook in the invasion must also come for questioning.

“ I write to most respectfully appraise Your Excellency that following a petition from your esteemed office to investigate and report findings against Lawal Daura, the sacked DG, DSS, a team of cracked operatives headed by Commissioner of Police, Garba Umar, were deployed and take the suspects into custody for interrogation and investigation,” the letter stated in part.

“It was reported that Daura did conspire with his operatives wearing hood and mask to invade the National Assembly complex. They barricaded the road to the assembly and intimidated members of the National Assembly and workers by forcefully preventing them from performing their legitimate and constitutional duties, thereby committing a crime with intent to incite and wipe up sentiments against the Federal Government of Nigeria.

“The principal suspect, Lawal Daura, was formally arrested and interrogated in line with the allegation made against him.”

Daura, before now, had been one of the power cabal believed to be micromanaging President Muhammadu Buhari.