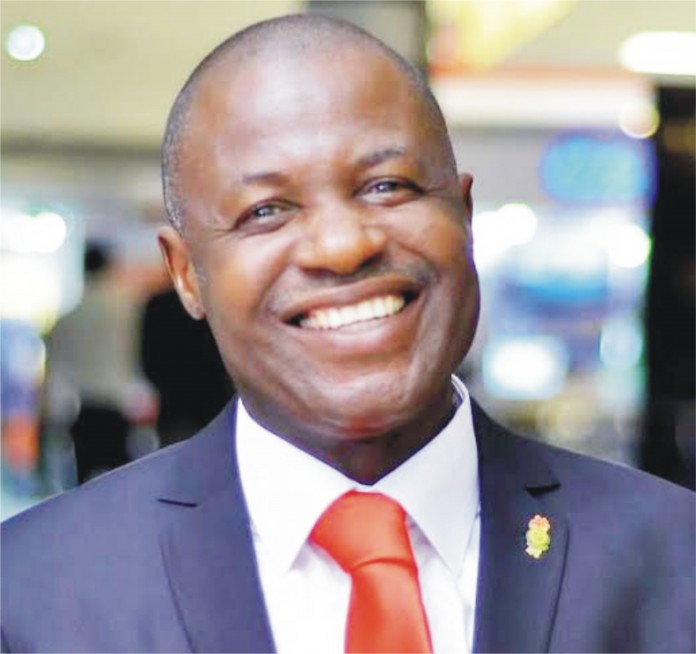 Odey Ochicha, gubernatorial candidate of the All Progressives Congress (APC) in Cross River State in the last general election, In this interview with INYALI PETER, talks onf his decision to concede defeat, among other pertinent issues in Cross River politics.

AS soon as the INEC announced the PDP candidate, now governor of Cross River State, Prof Ben Ayade as winner of the 2015 governorship elections you hastily conceded defeat without considering the option of going to the election Tribunal to challenge his victory. Why did you concede defeat?
It is not true that I conceded defeat in haste. I did so after careful consideration and consultation with my supporters across the state and in the spirit of sportsmanship and because truth must be told, our party did not work as a team to win last year elections in the state. I was not the first or the only person who conceded defeat in an election in Nigeria. Former President Goodluck Jonathan and Governor kayode Fayemi of Ekiti state etc had done so. We considered going to the Tribunal a waste of time, energy and resources because our party did not work together to win. The outcome of the governorship Tribunal results in Rivers, Akwa Ibom, Delta and Taraba states where the Supreme Court all went against them even when they had clear case of irregularities like in our state in the election has vindicated me and proved my sense of judgement. Again, the judicial system in the state also played. The judiciary need to serious review to build the confidence of the public. In situations where their verdicts always go under serious scrutiny and attacks, you know something is wrong. During the election, you will agree with me that I was and remain the only candidate that ran campaign across all the political wards in the state. So to say the least, we had general acceptance before the public but needed a little bit of commitment from our party to have won the elections. The outcome of work reflected in the number of votes we pulled at the state level and even President Muhammadu Buhari.

Dont you think your decision not to approach the Tribunal was at variance with the wishes of your party?
The party was free to go to the Tribunal and it had my support to do so. I even contributed some money to the party to file its case in the Tribunal. You see, it’s normal that in situation like this so many people will read so many meanings to one’s action but my decision was reached out of careful considering of both the pro and coin in the matter. I couldn’t have done anything in variance to my party because if you see you see APC. We have moved ahead now to see how we can build a more united purposeful party to ensure we take over the state in subsequent elections. Nigerians must learn to be civilised politicians. Some people just derive pleasure in causing problems among people out of share wickedness and ignorance.

Talking about the administration of the incumbent governor, Prof Ben Ayade, how do you think he has fared 10 months after taking over the mantle of leadership?
To be honest with you, Ayade has been a huge disappoint to the state. Even the people who pitch tenth for him I know they are disappointed by his abysmal performance so far. Ten months is enough time for any responsible government to have a policy direction. You are a journalist, tell me Ayade’s policy direction in ten months? Mention one project he has successfully executed? You may want to encourage by saying he is doing his best to settle down as in every venture, it’s not easy to take off but he has used too much time to tell us what he will do not what he has done. Ten months after, arm robbery, kidnapping, poverty, strike by almost all the sectors in the economy has been his greatest achievements. The essence of government is to initiate policies, projects to better the lives of the people not to make it worst than you inherited. Cross River in all aspect has become worst than Ayade met it. His government has been characterized by deceit and lies. During his 100 days in office, he announced that he has created 1000 jobs but almost 7 months later you heard anything about the green police again? Is the garment factory ready for the unsuspecting Cross Riverians he deceived them with screening? I read in your paper where he said he couldn’t deliver the garment factory within two months like he promised because of the weather. Dry season has come and gone, now we’re in another raining season again, what is the level of job in the site? On daily basis he comes up with new promises without any clear cut plan on how to accomplish them. So to say the least, Ayade is a huge disappointment to the state especially the northern senatorial district considering the fact that this is the first time we’re producing a governor. But why I’m not too worried is that the electorate have become more educated now and can hold government responsible. When we told people were sending sending the PDP packing from the villa, maybe even you didn’t believe. I can assure you that in 2019, Cross River won’t be a PDP state again. Ayade is helping us to do the work, by the next election, Cross Riverians will now understand that the man has nothing to offer.

What do you think of the governor’s numerous appointments?
The governor’s appointments are bizarre at this period of scarce resources and cost containment. The cut in the salary of the governor and his commissioners by 80% and 20% respectively is commendable but this may not have much positive effect considering his bogus appointments which would definitely catapult the current expenditure. peaking about over 1000 appointments made by the state governor, Ochicha said that it was unnecessary for the governor to deceive Cross Riverians that he was creating jobs when he knows the state currently lack the resources to sustain them.
This his bizarre appointment is the height of irresponsibility by any government considering the present economy situation of the state and the country. Since he assumed office, the state internally generated revenue has reduced drastically by over 20%. Instead of him to focus on addressing that he is busy playing politics with unnecessary duplication of appointment. Now tell me, what is the difference between Ministry of Works and Infrastructure, New City and Social Housing, Environment and Climate Change? This is absolutely not the time for politics but governance. What is the rationale behind creating jobs you can’t sustain? What would people of those people after we chase him out in 2019? I even hear some of appointees are fighting themselves for superiority. I also heard he has not given them appointment letters that should clearly define their job disposition. Most of them are hovering around the street of Calabar without office space, official vehicles ect. I heard from a reliable source that recently that one of his SAs cried before the assembly that if Okada still operate in Calabar he would have been using Okada to work. You see the kind of embarrassing situation we are into? The man has reduced governance to a huge joke and I’m worried, very worried.

The governor’s frequent foreign trips. Do you think it is for the good of the state?
Too much of everything in life is a disease. The governor should tone down his frequent foreign trips and settle down to provide good governance which the people of CRS deserves. No responsible man will be pursuing the rate when his house is on fire. He must stop the noise and face governance. You can’t be wasting state resources on foreign trips when there are a lot of things to do with those resources. While other state governors are working quietly, our own is the reverse of the case as he is busy squandering the state resources by jumping from one country to another doing absolutely nothing.
The FG has ordered that work on the Superhighway be stopped. Your view on it?
The FG is right because a proper environmental impact assessment is necessary before work can go on. The road project is a huge project that will cut across the three senatorial district of state. And it is not out of place that the people have vent their anger on the inability of the government to pay compensation. I have said severally that Cross River State needs road. We need the supplier highway but not the one that is tailored on lies and deceit. The government have come out severally to tell us that they have completed the EIA but we now understand that it was not true. Cross Riverians should not for any reason be denied their livelihood all because of road construction. I’m happy with the way they responsible like civilized people by protesting against the negligence of the government.

What is your take on the recent attacks on residences of PDP defectors, Vena Ikem and Paul Adah?
This is unwarranted as they have the right to associate freely with any party of their choice. He should brace himself for what he has started. APC will not sit back and watch Ayade persecute, victimize and intimidate her members. He will hear from the party at the appropriate. He was way of handling opposition is primitive, uncivilized and childish. You can’t force people to belong to where they don’t want. There’s nobody in the entire world that when people see light they still remain in darkness. If people where in darkness and have now seen light in the APC, Ayade has no right to harass them for the decision. I know today even him, he if has the opportunity he will join the brighter side of life which is only in APC.

The implications of the mass exodus of top PDP members to APC in Cross River?
This is good for the opposition party in the state. It would strengthen our party to ensure viable opposition in the state. It also shows that the people are tired of the status quo. They need change. It means that in the August Local Government elections, APC will take charge ahead of 2019. Above all, it’s a welcome development and we are hoping that many more people will realize the light in APC soon.