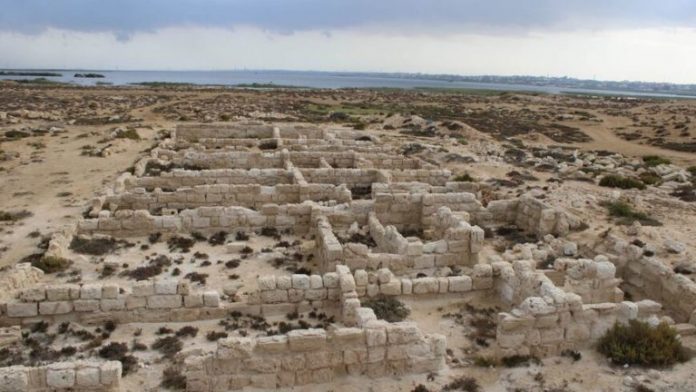 A team of archaeologists from the University of Warsaw announced the discovery of a previously unknown Christian settlement in Egypt.

The site, known as ancient Marea and located about 25 miles southwest of Alexandria, was built in the third century B.C.E., shortly after the conquest of Alexander the Great.

The newly discovered portions of the site, however, date to the sixth century C.E., when Marea served as a waystation for Christian pilgrims traveling to Abu Mena, the location of the tomb of the martyr Menas of Alexandria, who died in 296 C.E

Marea was located on the shore of Lake Mariout and was an industrial center and harbor town. Although excavations have taken place since the 1970s, it was only in the last few years that archaeologists were able to reveal the site’s deep history.

Marea’s Christian precinct was home to one of the largest Christian basilicas in late antique Egypt and featured remarkably clear and deliberate urban planning.

The precinct consists of rows of identical “modular” buildings, each made up of uniformly sized storefronts, residences, and porticos. It also had bathhouses and latrines, a hospital, and even streets intersecting at right angles—an extreme rarity for the period.

The 32-acre Christian precinct was discovered using new, non-invasive archaeological techniques, which were able to study a greater area of the site than traditional excavation allows.

It also represents one of the very few residential areas constructed in the later years of the Byzantine empire and the only such settlement that was left unfortified.

Only a hundred years after the construction of Christian Marea, however, all of Egypt was conquered by Muslim forces (c. 639–646 C.E.), though Marea survived for another century before its final abandonment in the eighth century.