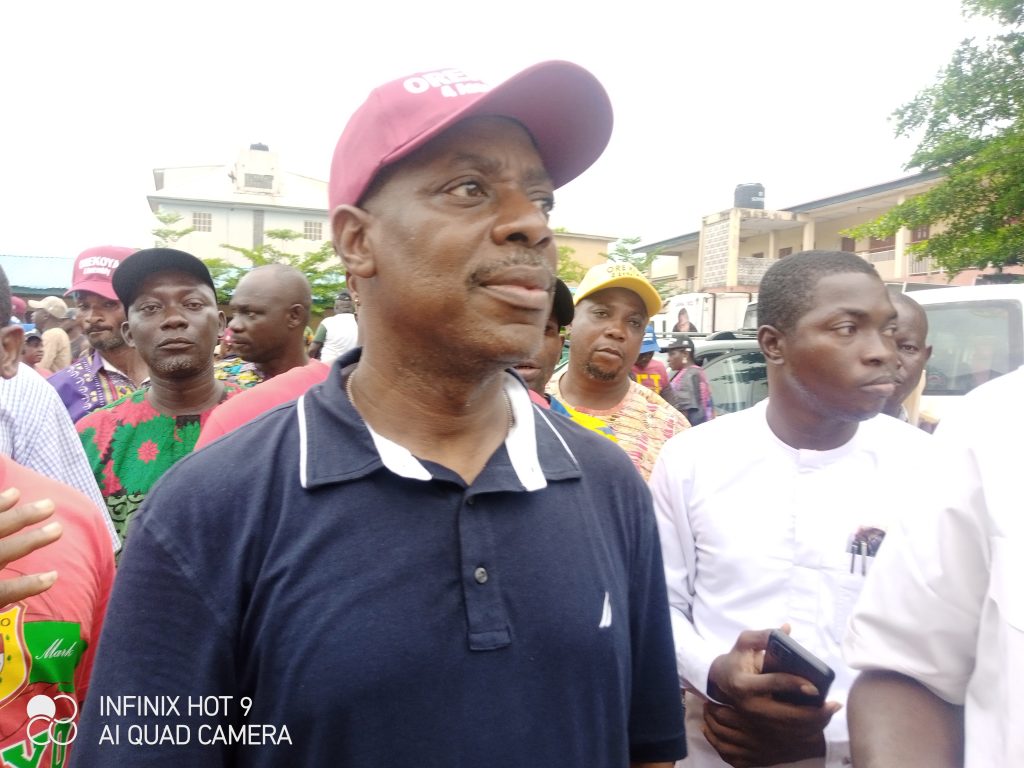 Mr Abiodun Orekoya, an APC House of Assembly aspirant in Somolu state constituency I, Lagos State, says he will positively engage miscreants (area boys/Agberos) in the area if elected.

This, he said was to stem the insecurity plaguing the area due to activities of the miscreants.

Orekoya, a former Vice Chairman and Executive Secretary, Somolu Local Government Area, made the pledge on Wednesday at his official declaration to vie for the assembly seat and APC ticket.

He told newsmen during his declaration at Agunbiade Primary School, Somolu, that his focus was to address insecurity in the area through education.

“The basic thing is to sit them down and talk to them. When I was on board, I called all of them to a meeting and they comported themselves.

“We need to bring them to a round-table, we cannot throw them away, they are part of us and there is nothing we can do about that.

“The only thing we can do is to call them to a round-table. Many of them are sensible, So, we need to get them.engaged,” Orekoya said.

Promising to take Somolu to a higher height through peaceful atmosphere, Orekoya noted that there was no other sustainable empowerment of people than education.

He said that if given the opportunity to represent the people of Somolu, he would lobby his colleagues on legislation to provide qualitative and compulsory education for all children.

” It is something we are all going to look at together, using education. Most of the boys that are involved in this menace are school aged children.

“We need to make our primary and secondary education free and compulsory; not just free but must be compulsory like we have in developed countries.

“We don’t see children of school age roaming about there. We must get our children properly educated. When they are educated, the issue of insecurity will be a small thing.

“We want to get our youths out of the streets. Many of them use illicit drugs because they are not meaningfully engaged,” he said.

Calling for support, Orekoya pledged to provide quality representation that would end some of the nightmares faced by residents of the area.

Also speaking, Mr Dayo Adefuye, an APC party leader in the constituency, commended Orekoya for his record of sacrificial services, saying the aspirant knew how to talk and engage the youths.

Adefuye, who described Orekoya as a trustworthy leader that knew where shoes pinched said: “We look up to him for the change we are desiring in Somolu.”

Oduduwa advocated community.policing to address the challenges of insecurity, saying: “the number of security personnel is rather too small.”

The News Agency of Nigeria reports that hundreds of party faithful and leaders were at the event to lend support to the aspirant’s ambition.

Share this on WhatsApp
Related Topics:2023 electionsAspirantengageInsecurityLagos Assembly‘Somolu area boys’
Up Next

US rapper, Ray J speaks on leaked adult video of him and Kim Kardashian