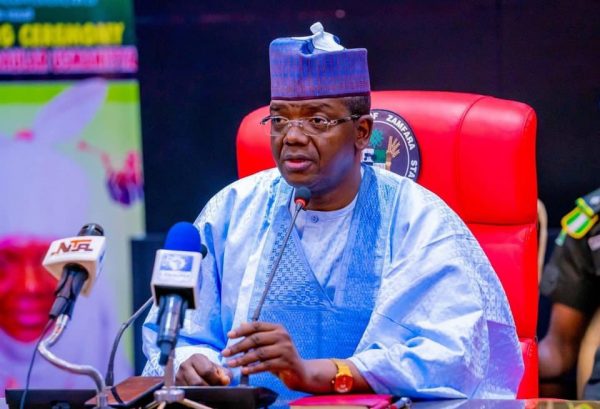 Gov. Bello Matawalle of Zamfara has called on leaders and supporters of the All Progressives Congress (APC) in the to put their house in order so that the party can retain power in 2023.

Matawalle made the call during an interview with newsmen on Monday at the Sultan Abubakar International Airport, Sokoto enroute Gusau, the Zamfara state capital.

He attributed the reconciliation success among stakeholders of the APC in state to divine intervention.

”It was not my making but a divine intervention. Now that we are all one and united family in Zamfara state, we will collectively focus on the 2023 elections and ensure that our party succeeded at all levels.

“With this reconciliation, I have the conviction that APC will win all elections at the polls in 2023,” the governor said.

The News Agency of Nigeria reports that on May 9, Sen. Abdullahi Adamu APC National Chairman announced the resolution of the protracted crisis rocking the party in Zamfara.

He said that the rival factions led by Matawalle and his predecessor Abdulazeez Yari have agreed to work together.

The APC National Chairman who expressed joy at the development said the resolution is in the overall interest of the party ahead of the coming Election.

He urged to abide by the word and letter of the accord and learn to show respect for one another.

“They have agreed to work together for the success of our great party.

“We have informed the President of the progress that we are making and I am grateful to the Almighty God that we have been able to reach an accord between the former governor, current governor and their esteemed followers.

“We have every reason to thank God and believe that the 2023 General Election in Zamfara is a given for the APC,” Adamu said after the resolution.