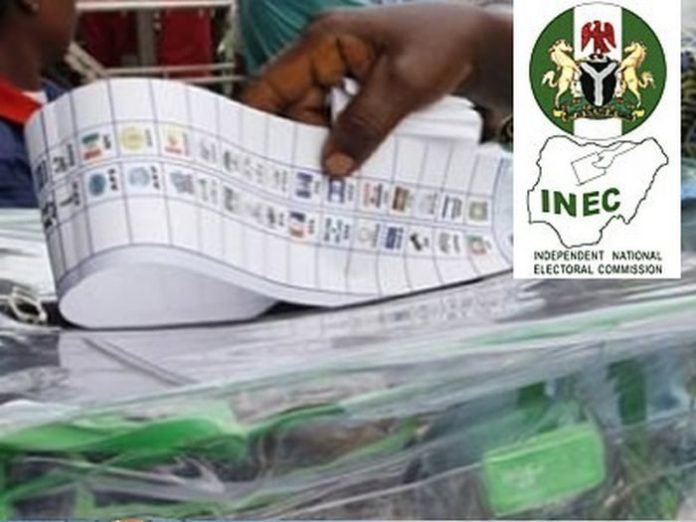 Nigerian Youths Coalition (NYC) has cautioned against the same religion ticket ahead of the 2023 elections.

Mr Aare Hassan, the president, and national publicity secretary of NYC, Mr Sabastine Danjibril said this in a statement jointly signed by them on Tuesday in Abuja.

According to the group, as the political space toward the 2023 presidential election is gaining momentum, it is necessary to set the records straight.

They said that with political parties primaries already concluded and candidates emerged, it was now time for selecting running mates.

“We are interested in this process hence the need to address the public, because we think the country is being excessively over heated with religious crisis.

“If the All Progressives Congress (APC) mistakenly considers a Muslim-Muslim ticket, it will jeopardise the fragile peace in Nigeria.

“So, having checked the credentials of all possible nominations to fill the post of the vice-president, we hereby settle on one man that has the love of Nigeria at heart.’’

According to the coalition, Rev. Yakubu Pam currently serving as the Executive Secretary, Nigeria Christian Pilgrim Commission (NCPC), is a well experienced man, and totally committed to an egalitarian society and system of government.

They said that Pam, a former chairman, Christian Association of Nigeria (CAN), firstly as chairman, Plateau State and later served as the head of the Northern Zone, CAN covering all the 19 Northern States of Nigeria did well.

They said “since Pam is from the Northern Zone of the country, he is the best fit for the post of the vice president and should be picked by the leadership of the party’’.

The coalition called on President Muhammadu Buhari to intervene and prevail on Asiwaju Bola Tinubu to pick Pam as his running mate.

“It is evident that as Rev. Pam is holding sway the affairs of the NCPC, he should also endeavour to participate in the nation’s politics by injecting his political experience to aid peaceful coexistence and building harmony in the polity.

“It is also important to stress the fact that Rev. Pam has indeed played significant roles at ensuring that Tinubu’s victory at the just concluded party primary was sure.’’

The group expressed optimism that the popular votes of not only Northern Christians but all Nigerians would be maximally guaranteed for APC’s victory come 2023.

The coalition said that in the light of equity, justice, fairness and unity of purpose, “ we present Rev. Yakubu Pam for the position of vice-presidential candidate of the APC’’.

Share this on WhatsApp
Related Topics:2023 electionsbest optioncoalitionnigeriasame religion ticket
Up Next

“How many Northern Governors backed you for the presidency?” – Otitoju asks Gov. Umahi