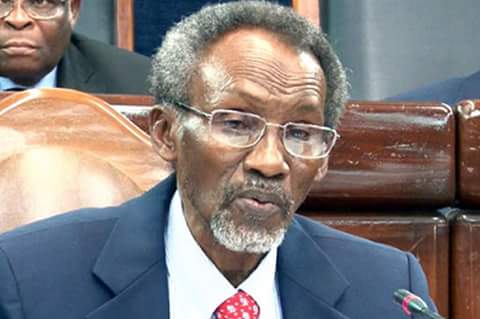 He said all courts in the country were empowered to adjudicate with utmost fairness and justice as prescribed in the Constitution and the law.

He said the decision of the National Judicial Council, last week, to suspend seven judges accused of corruption, showed the desire of the judiciary to preserve its independence.

Mohammed said this on Monday during the swearing-in of Amina Augie and Ejembi Eko as justices of the Supreme Court in Abuja.

The NJC announced the suspension of the judges on Friday after initially declining to do so, arguing that there were no evidence of wrongdoing against the judges.

The judges had earlier been arrested by the State Security Service for allegedly receiving bribes.

“Certainly, the decision of the National Judicial Council at its last meeting reflects our desire to preserve this independence.

“Hence, we proclaimed to the world that any judicial officer that is standing trial will cease to perform judicial functions.

“The Council took this stand following communications it received from the Attorney General of the Federation that he was embarking on the prosecution of the affected judicial officers for the offences disclosed against them,” he said.

However, he said: “We must not forget that we operate a constitutional democracy, which clearly prescribes the powers accorded to each organ of the state.

“I therefore wish to state without fear of contradiction that the third arm of government will remain resolute in its commitment and resolve to uphold its independence,” Mohammed said.

Mohammed urged the new justices to continue to be diligent in the discharge of their duties.

“You must remain blind to personality and status, and remain the hope of all men, whether common or uncommon.

“Hence, the integrity and impartiality of our courts must not be in question or compromised.

“I am confident that with the institutions and initiatives that we have put in place, the Nigerian Judiciary will evolve to meet the high standards demanded by our citizens,” the CJN said.

Mr. Eko was a Justice of the Court of Appeal, before his elevation to the Supreme Court.

Eko, a Benue native, obtained a Bachelor of Laws (LL.B.), Law/Jurisprudence from the University of Ife, Ile-Ife, in 1976.

Mrs. Augie was a justice of the Court of Appeal, Lagos Division.