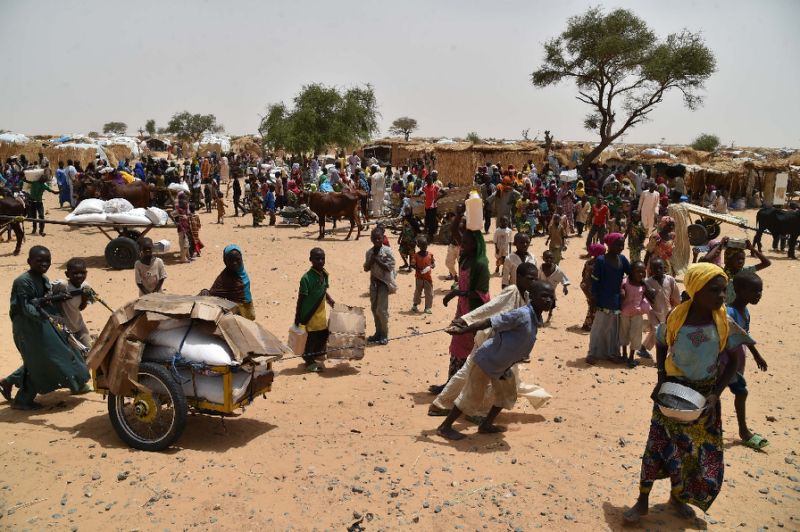 National Daily learnt that over 2,277 people were displaced in eight communities in Shiroro local government area.

National Daily also learnt that one of the pregnant women currently displaced gave birth to a baby last night in the IDP camp; the mother and the baby are doing fine while efforts are being made by fellow campers to get the necessary things needed by the mother and child.

While the Government is trying to set up a camp for the displaced people in Erena, some other people have taken refuge in some schools in Gwada and Zumba as they could no longer go to their villages.

A Youth Leader in Gwada, Alheri Yunusa who spoke to our Correspondent, said that though normalcy has returned to the affected communities, the scars still remain adding that the villagers are scared of going back home to count their losses.

He said a lot of people were killed and injured while some are still missing as their movements cannot be accounted for.

“A friend of mine when he heard about the attack went to his village to bring his grandmother back to town but we are yet to hear about him. I was told he was shot, so we do not know if he is still alive or dead.”

Some of the youths in Gwada took it upon themselves to transport back to Minna to buy some foodstuff and other basic things the displaced people may need in the IDP camp set up in Gwada.

A youth who refused to give his name said they are doing it out of their own goodwill and on an attempt not to let the displaced people go hungry or lack some basic amenities.

“We are here in Kure Market to buy some things to take to the IDP camp in Gwada. They are our people and we are not happy with the state they are in. It is unfortunate that something like this happened. Something needs to be done fast because we cannot continue losing people and our properties like this.”

The Niger state Emergency Management Agency (NSEMA) said they would look at the way to integrate the three camps together because it will not be easy keeping three camps.

Giving the breakdown of the Displaced persons, the NSEMA Public Relations officer, Ibrahim Audu said as at Thursday night, 2004 were recorded in Erena camp, 134 in Gwada camp and 139 in Zumba camp, “that was the figure on Thursday night. We do not know if they have increased.we will continue to make our findings.”

He said that they are currently profiling the victims adding that they had requested for finance from the state government to provide for food and non-food item for the IDPs.

The attack of armed bandits in communities in Shiroro local government area of Niger state began on Sunday leaving over 62 people has been killed, scores of people injured while some are still missing.

A report made available to newsmen by the Senator representing Niger East Constituency, Senator David Umaru revealed that 19 people were killed in Kwaki village, 14 in Barden Dawaki village, 8 died in Ajatawyi village, 7 in Gwassa, 5 in Ajayin Bataro, 4 others in Bwailo, 3 in Baton village and 2 reported dead in Giji village.

The Niger state Police Public Relation Officer, Mohammed Abubakar said security agents have been drafted to the local government area to ensure that there is peace and normalcy returns to the council.