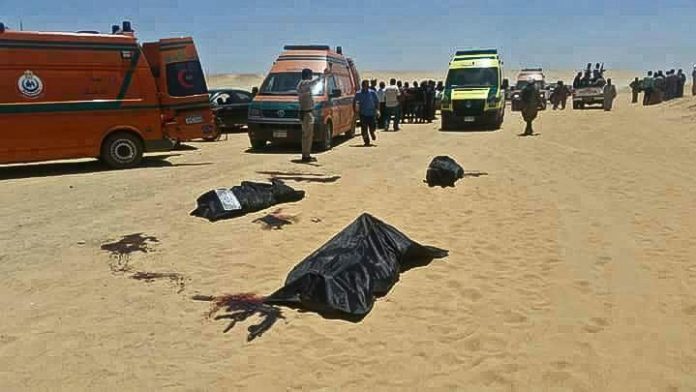 Masked gunmen Friday shot dead 26 Coptic Christians in Southern Egypt. The attack, which happened when the group was travelling to a monastery in two buses and a small truck,  also left 26 others injured.

Eyewitnesses said the gunmen stopped the vehicles on a road leading to the monastery and opened fire. In a report released earlier, Essam al-Bedaiwy, Provincial governor, said that 23 people had been killed and 25 wounded.

Coptic Christians have been the subject of a series of deadly attacks in the country in recent months. About 70 have been killed in bomb attacks on churches in the cities of Cairo, Alexandria and Tanta since December.

Those attacks were claimed by Islamic State while there was no immediate claim for Friday’s attack.