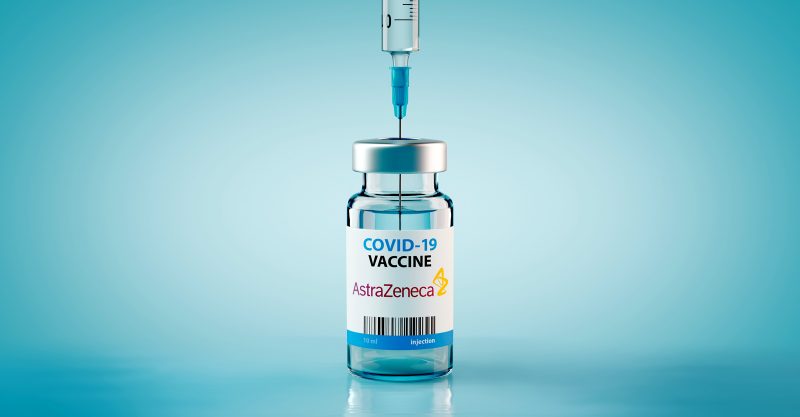 Denmark, Norway and Iceland today joined other EU countries in suspending use of the AstraZeneca-Oxford vaccine following reports of blood clots and the death of a 60-year-old woman in Denmark.

Denmark, Norway and Iceland today announced they are joining other European countries in temporarily suspending use of the AstraZeneca-Oxford COVID vaccine following reports of blood clots in people who got the vaccine.

Denmark suspended the shots until further notice after a 60-year-old woman died from a blood clot which formed after she was vaccinated, reported Reuters.

The Danish decision came days after Austrian authorities announced they were suspending a batch of AstraZeneca’s COVID vaccine while investigating the death of one person and the illness of another after receiving the shots. The same batch used in Austria was used in Denmark, according to Reuters.

In Austria, a  49-year-old woman died of severe coagulation disorders, and a 35-year-old woman developed a pulmonary embolism –– an acute lung disease caused by a dislodged blood clot –– and is recovering, said The Federal Office for Safety in Health Care (BASG) in Austria.

Austrian newspaper Niederoesterreichische Nachrichten, broadcaster ORF and the APA news agency reported that both women were nurses at the same clinic where the vaccine batch was used.

In a statement provided to Reuters, AstraZeneca said the safety of its vaccine had been extensively studied in human trials and that peer-reviewed data had confirmed the vaccine was generally well tolerated.

Also Read:WHO approves Bill Gates&#8217; AstraZeneca vaccine for emergency use, but some nations say ‘No Thanks’

Earlier this week, AstraZeneca reported “no confirmed serious adverse events associated with the vaccine” during trials and said it was working with Austria in its investigation.

Estonia, Latvia, Lithuania and Luxembourg have suspended all or part of their AstraZeneca vaccine roll-out as a precaution while they investigate concerns related to blood clots, reported France 24.

According to Reuters, Italy announced it banned a batch of the AstraZeneca COVID vaccine following the deaths of two men who had recently been vaccinated. One man was a 43-year-old naval officer who died after a suspected heart attack the day after his shot. The second man, a 50-year-old policeman, fell ill within 24 hours of his injection, never recovered and died 12 days after being vaccinated. Both men had received shots from AstraZeneca’s ABV2856 batch.

As of March 10, 30 cases of thromboembolic events had been reported to  EudraVigilance, the system for managing and analyzing information on suspected adverse reactions to medicines which have been authorized or are being studied in clinical trials in the European Economic Area.

As The Defender reported today, 12 prominent doctors and scientists are demanding that EU regulators address seven critical safety issues relating to the AstraZeneca, Pfizer and Moderna COVID vaccines, or withdraw approval of the vaccines for use in the EU.

The UK government is meanwhile urging people to “still go and get their COVID-19 vaccine,” stressing the suspension in multiple countries “is a precautionary measure,” reported EuroNews.

The UK’s Medicines and Healthcare Products Regulatory Agency also urged people to still get vaccinated, as it had not been confirmed that the COVID vaccine caused the blood clot in the woman in Denmark.

On March 2, The Defender reported that government data showed 43% more reports of injuries related to the AstraZeneca-Oxford vaccine in the UK, including 77% more adverse events and 25% more deaths compared to the Pfizer-BioNTech vaccine.

Britain’s regulator, the Medicines and Healthcare Products Regulatory Agency (MHRA), runs YellowCard, which is the nearest British equivalent to the Vaccine Adverse Events Reporting System or VAERS in the U.S.

The MHRA expressed no concern about the number of reports of adverse events connected with AstraZeneca’s COVID vaccine.

“The problem with spontaneous reports of suspected adverse reactions to a vaccine are the enormous difficulty of distinguishing a causal effect from a coincidence,” Stephen Evans, professor of pharmacoepidemiology at the London School of Hygiene & Tropical Medicine told France 24.

Last month two regions in Sweden temporarily halted AstraZeneca COVID vaccinations after 400 people received the vaccine and 100 people experienced adverse reactions leaving them unable to work. Another region observed a surprising number of side effects after a mass vaccination effort of more than 500 people, reported The Defender.

South Africa halted the roll-out of AstraZeneca’s COVID vaccine due to low efficacy in February, and European countries France, Germany and Sweden reported more side effects from the AstraZeneca COVID vaccine than from the Pfizer-BioNTech vaccine.

The World Health Organization approved the AstraZeneca-Oxford COVID vaccine for emergency use last month, despite growing safety concerns in other countries and questionable clinical trials.

AstraZeneca’s COVID vaccine has not yet been approved for use in the U.S. but the drugmaker plans to file for Emergency Use Authorization with the U.S Food and Drug Administration in the upcoming weeks pending the results of a clinical trial, according to CBS News.

Share this on WhatsApp
Related Topics:AstraZeneca Covid vaccineEuropean Union
Up Next