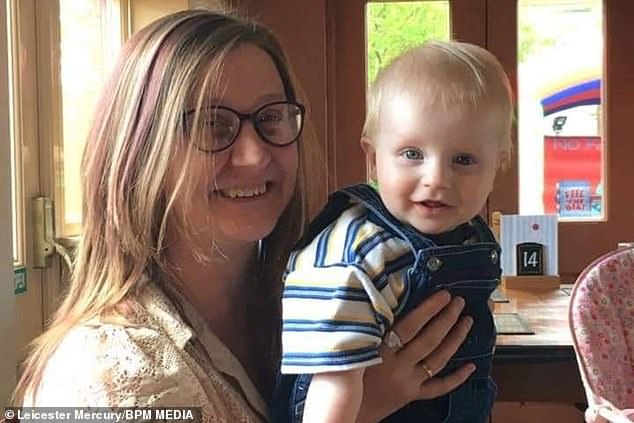 Lucy fell seriously ill after she got a dose of the jab and developed blood clots in her brain, which caused her to have a stroke.

Her family said that Lucy, who has a playgroup leader, was healthy and had no known health conditions.

She initially experienced mild side effects in the days after she was vaccinated at the Peepul Centre in Belgrave on March 19th.

However, her condition gradually worsened and she was rushed to hospital where medics tried to save her, but unfortunately, she died 22 days after receiving the vaccine.

A post-mortem found that she had suffered from cerebral venous sinus thrombosis, which is described as a “rare and deadly type of brain clot.”

Her fiancé, Mark Tomlin, from Aylestone in Leicester, has spoken out urging people to be wary of the vaccine but that they should still get it.

“We’re not anti-vax. Lucy certainly wasn’t – she was so excited about getting it.”

Mark said that Lucy knew she may suffer from some side effects but wasn’t worried about it as she believed that they would clear up quickly.

Initially, she didn’t think what she was experiencing had anything to do with the jab, but when things started to get worse, she began to panic.

“She developed a bruise about the size of a tennis ball on her. Normally she had all the energy in the world but she became tired and lethargic.

“Then she got a really bad rash on her face and side. Her gums started to change colour and we got really worried.”

On April 1st – 13 days after vaccination – Lucy was rushed to Leicester Royal Infirmary where she was diagnosed with blood clots.

Doctors tried to treat her with blood-thinning drugs but her condition continued to get worse as she still had blood clots, causing her to suffer from a massive stroke.

Lucy was then transferred to the Queen’s Medical Centre’s (QMC) intensive care unit in Nottingham where she underwent surgery to save her life, but despite their best attempts, doctors said there was nothing that could be done.

Her life support was switched off on April 10th.

Her fiancé, a metal worker, said that doctors as the QMC told him that her fatal illness was vaccine-related.

Mark said that the couple was looking forward to the future with their five-year-old son Orson, but now that his world has been turned upside down.

“Suddenly I’m having to explain to Orson that his mummy has died.

“I’d already told him that mummy had gone into hospital because she needed medicine.

Despite Lucy’s death, Mark said that the family are not anti-vax and have followed all of the guidelines set by the government.

He said that Lucy saw the vaccine as a step to getting back to normality and again and she couldn’t wait to get it so she could see her friends again.

On the day that Lucy was vaccinated, she told Mark that she was concerned about the process – focusing on how quickly her vaccination had been carried out and that it had not been explained to her very well.

Mark told her that he would have preferred that she received her dose of the jab at her GP surgery like he did.

Mark said: “I had my first doe (of Pfizer) at my GPs where they were really good in talking through the process.”

After his fiancé’s death as a result of the jab, Mark said that he won’t be getting his second dose of the vaccine but still believes people should get the vaccine if they are offered it.

From the 9th December 2020 up until 16th June 2021, there have been 775 reports of thrombocytopenia – the condition seen alongside blood clots – due to the AstraZeneca jab, which has sadly resulted in 6 deaths.

Of course, cases like these will go unreported in the mainstream media as reporting any deaths from the vaccine would prevent the masses from sticking with the vaccination agenda.

In reality, these vaccines cause irreversible damage and can even lead to death, which we have seen time and time again and will continue to see as the vaccine are pushed onto the British public.