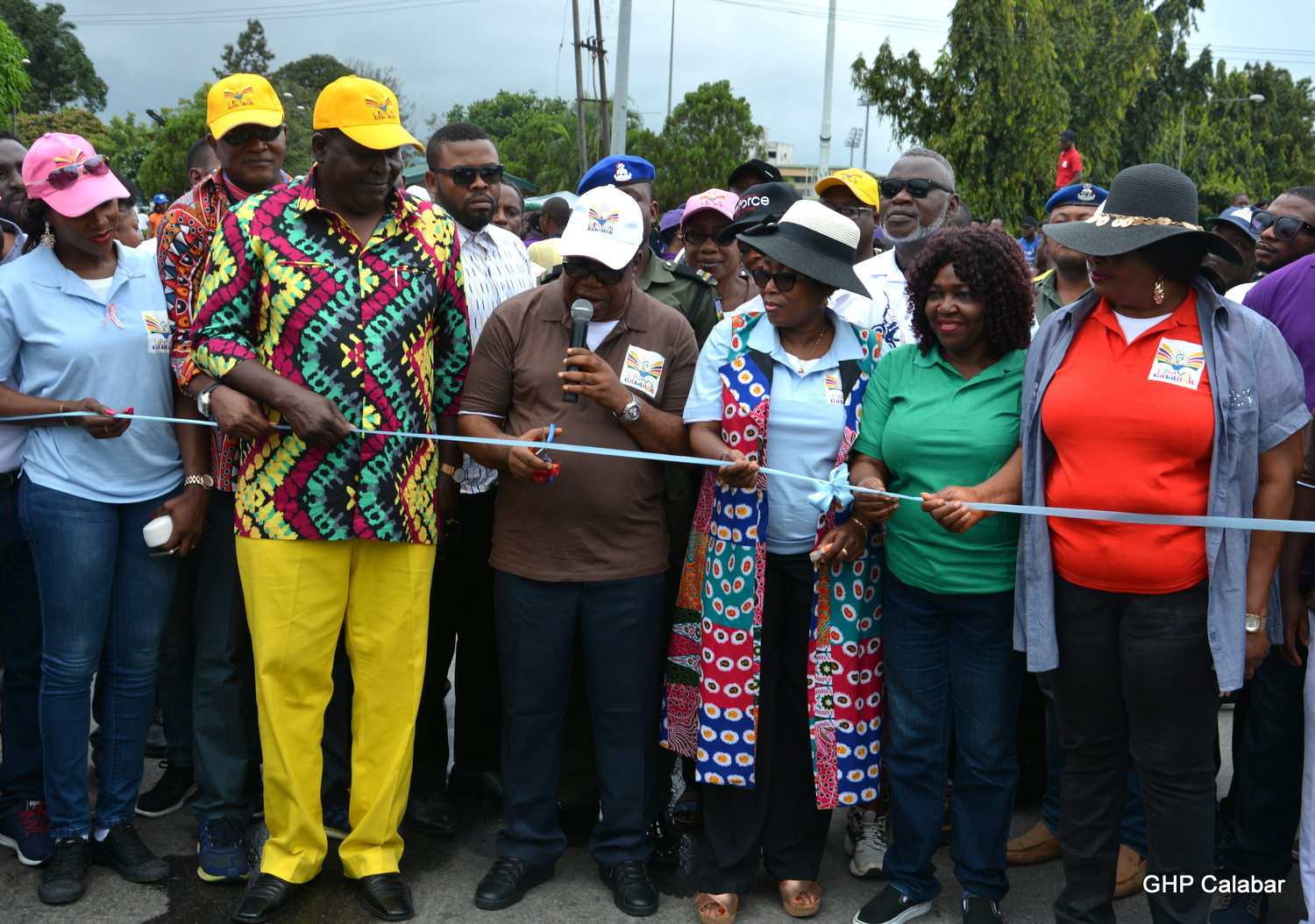 Preparations for Carnival Calabar, Africa’s biggest street party kicked off yesterday with Cross River State governor, Senator Ben Ayade and Minister for Information, Alhaji Lai Mohammed flagging off the first in a series of dry runs for the year.

Speaking at the Millennium park, Calabar,  venue of the flag off which attracted an array of carnival revelers and spectators alike from within and outside the state, the Minister disclosed that the Federal Government will do all it can to help the state take the carnival to higher heights.

The Minister who was represented by the Permanent Secretary in the ministry, Deaconess Grace Isu Gekpe said: “We are ready to work with you to ensure we take Calabar Carnival from where it is to higher grounds and I want to see all Nigerian made products being promoted through this platform because that is the policy of President Mohammadu Buhari’s administration.”

According to Mohammed, “let us have some Nigerian fabrics infused into our costumes and I know we will be able to patronise the producers of these products so that they will all be empowered.”

Applauding the government and people of Cross River for sustaining the yearly event which he acknowledged has made the nation proud, the Minister said: “Congratulations because you have done well, what you are going to see in December will be far better than what we all saw last year.”

Following his earlier visit to the Calabar International Convention Centre, where he took a ride on the monorail, Mohammed said: “I was shocked when I saw the monorail. This is something that we need to publicise and we will do our best to publicise what is happening in Calabar. All the products in Calabar will be publicised.”

Governor Ayade on his part, reassured that the 2017 event which has as its theme: “Migration,” will be bigger, bolder and better.

Ayade who spoke through his deputy, Prof Ivara Esu, hinted: “This year’s Carnival as we said earlier has as its main theme, Migration, and we can’t say more than that because it will be elucidated at the Carnival proper. However, all I can assure you is that, this year’s Carnival, as usual will be bigger, bolder and better.”