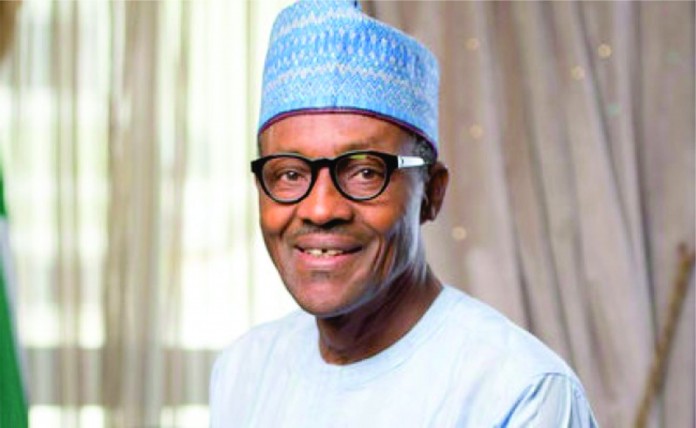 PRESIDENT Muhammadu Buhari is being perceived to be finding the dynamics of democracy and workings of separation of powers relatively difficult to comprehend. This, perhaps, culminated into his resenting remarks on the conceived challenges of the judiciary in the fight against corruption in the country.

Speaking to National Daily, Chief Martin Onovo, Presidential candidate of the National Conscience Party (NCP) in the 2015 General Elections, and member, Movement for Fundamental Change, was of the view that the recent statement by President Buhari that the judiciary is the problem of the anti-corruption war is incoherent with the doctrine of separation of powers or the complementary roles of other arms of government.

Onovo stated that what the President has done in his seeming attack on the judiciary is synonymous with creating mutual distrust and disharmony between the Executive arm of government and the Judiciary, by extension, the legislature. According to the NCP Presidential candidate, “the attitude of the President going to say in the public that the judiciary is the problem of the anti-corruption war is extremely reckless and lawless. What is the role of the judiciary if not to ensure equity and fairness within the law in justice administration? So, you cannot make defamation of the law.”

Onovo remarked that the judiciary approaches any case brought before the court with blindfolded eyes, eschewing from prejudices and biases in dispensation of justice. “The same judiciary he is saying is the problem is sometimes arm twisted by the executive.

The NCP Presidential candidate contended that “Sambo Dasuki is already guilty because Buhari pronounced him guilty before prosecution; thus; the agencies under executive control have flagrant disregard for compliance with court orders each time Dasuki is granted bail; so, they get him re-arrested immediately.” He challenged the federal government to allow court processes to prevail in the prosecution of Dasuki and let the judge pronounce him guilty.

“The executive cannot convict anybody; the Department of Security Services (DSS) lacks the power to convict anybody. Remove the law, there is no DSS, they are creation of the constitution. What gives the DSS power is the law that established the Service.

The EFCC cannot violate the law because it is the law that established the Commission. DSS, EFCC did not establish themselves. So, the blind cannot lead the clear sighted; leadership is fundamental,” Onovo declared.

President Buhari had, at a town hall meeting with Nigerians living in Ethiopia, Addis Ababa, when he went for the meeting of the African Union, said that the judiciary remains his major headache in the fight against corruption in the country. He had remarked that the fight against corruption in Nigeria could only be effectively tackled with the strong support of the judiciary.

Buhari also recalled that his experiences in courts during his failed bids to become President of the country on three occasions, which took him to the Supreme Court three times, were clear indications that the judiciary needs urgent reforms.

“If you reflect on what I went through for 12 years, when I wanted to be the President, I attempted three times and on the fourth attempt, through God and the use of technology, it was possible for Nigerians to elect an APC candidate as President. In my first attempt in 2003, I ended up at the Supreme Court and for 13 months, I was in court. The second attempt in 2007, I was in court close to 20 months and in 2011, my third attempt, I was also in court for nine months. All these cases went up to the Supreme Court until the fourth time in 2015, when God agreed that I would be President of Nigeria,” Buhari had narrated.

He subsequently indicated that far-reaching reforms of the judiciary remain a key priority for his administration.

Before this, there was case of missing budget raised by the National Assembly, which many believe was a complete misnomer in inter-governmental relations of a country.
Judiciary should be monitored — SERAP

ALSO SEE: Okorocha’s score card and scramble for 2019 in Imo

The Executive Director of the Socio-Economic Rights and Accountability Project (SERAP), Adetokunbo Mumuni, had expressed that the President should monitor the judiciary but with a caveat that the judiciary should not be intimidated by the executive. According to Mumumi, “…the judiciary must be seriously monitored and whatever amounts to a violation of the penal code of the land, must also be visited with the same amount of punishment.” He stated that, “if the old cases are opened, that will make the current members of the judiciary to sit tight.”

Mumuni had declared: “… the rot in the judiciary is monumental…but that should not be his (Buhari’s) headache. The President leads the executive arm of government and every other agency of prosecution are under him. What he should just do is to allow them do their work independently. The judiciary should not be intimidated by what the President has just said; they should be seen to do their work with fairness according to the dictates of the law.”