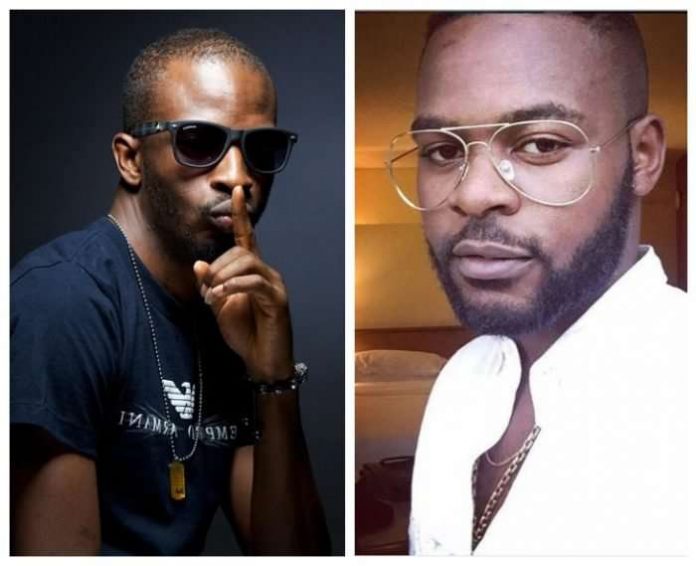 In latest development, Falz The Bad Guy, son to Femi Falana, showed his disgust at 9ice’s latest song. According to the funny rapper, 9ice’s ‘doing things’ hit track promotes internet fraud. A careful listen to the song quite gives a nod in the affirmative to Falz’ claim.

Falz expressed himself in anger that such song isn’t setting a proper morale lesson for the youths. 9ice would also go ahead to defend his song. He said its an inspiration song that serves as a prayer for anyone that wants to be successful.

This topic has sparked up some cogent debate about how careless the entertainers have become.

“There’s no one Nigerian musician that qualifies for a good mentor or role model. The way they have gone about their trade, especially these millennials, suggests their vision/mission statement isn’t to be a role model.

ALSO SEE: How Wizkid broke hearts of fans in America

They sing too damn well these days. By that I mean they indeed have discovered themselves, their sounds, beats and the through mix that makes the Afro songs bang.

And that is the issue. They sing and produce the song so well, that most our kids likes and sings most of them.

Which of them, including Falz, can come to this debate, mano-a-mano, with hands raised up and say, ‘I am not guilty’. Which of them, Tuface? Wizkid? Who?

It’s now almost as if there’s a quiet competition to outdo one another in the act of these vices nowadays. Olamide sang ‘I want to do Sina today’, but Kiss Daniel doesn’t ‘want to’…he is ‘going to’ do it right here, right now. And so he sings, ‘We sinning tonight on the sofa’. How bad can it get?

Lil Kesh, who has enjoyed NBC ban on at least two of his songs, talks about a ‘lady bending over while he works removes his organ to start a sexual intercourse from behind (in yoruba languge)’.

On why he sings such vulgar laced songs, he tried to explain, “They are singles not an album, I know the kind of market am directing my songs to, am from the streets, I know what the people from the street want to listen to. A normal conductor on the street can be vulgar for 24hours so to catch his attention you need to study the kind of life he lives. Whichever way, all that is going to change before people tag me vulgar they should wait for my album that is expected to drop towards the end of the year. I have very positive songs”.

One angry Nigerian says, “The truth is, these guys are some arrogant nuts who just want to make the money. They are all lieutenants to their Commandant, Lucifer”.

“And that goes to all of them. The guys, the ladies. The Tiwas, the Omawumi. All of them would do anything for music. They are not mentors. Since Falz has called out on 9ice for praising Fraudsters. We can jump on that call line and name a spape, a spade. But who cares? Nobody! We are all dancing away!”

Parents were appalled, religious persons angry when Omotoyosi Kayode Iyun, popularly known as Saint Janet, came out singing with vulgar lyrics in Yoruba, but ever since she started, she’s been selling like every other artiste despite the controversies surrounding her songs.

What’s her defence? Why does she sing such profane songs? Hear what she puts forward as an explanation to her body of works,

“You cannot sing songs for a wedding at a burial, she said. “I know the songs I have to sing on different occasions. I know what to sing at different times,” adding, “Not all my songs are vulgar. I know that more than 70 per cent of the people who have listened to me feel that way. But it is not true. I am talented. I am gifted. I am an all-rounder. I give you what you want. There are some shows where you will not hear me sing lewd songs. It all depends on what the people want. I give them what they yearn. I do gospel as well.”