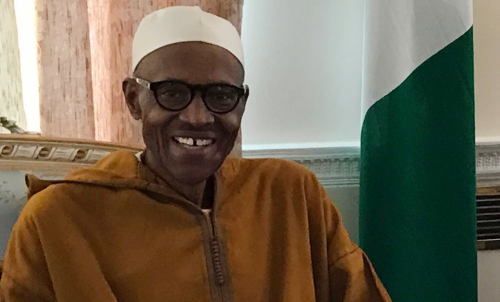 Muhammadu Buhari, GCFR, President and Commander-in-Chief of the Armed Forces of the Federation, was sworn in on 29th May, 2015. Between then and now, ill health has scarcely allowed him to discharge the onerous functions of his office nor given him a breathing space to fulfil his pledges in the Oaths of Allegiance and of Office which he solemnly swore to pay attention to. On Thursday, January 19, 2017, President Buhari was flown to London on medical vacation. He was away for fifty days, resuming skeleton duty in Aso Rock even in his undisclosed chronic medical condition.

When he came back to the office on March 10, 2017, his face was sunken, his eyes, ashen, and his torso, cadaverous. His advisers quickly let it be known that he would go back to London for further medical check-up. He went back to London on May 7, 2017, and has not returned. To give the lie to the wicked rumour peddled in the social media, in particular, that he had crossed the Styx, he had to seize the opportunity of the Eid el Fitr festival to address northern Moslems in halting, rheumatoid Hausa, the language of the Muslim north. Meanwhile, section 55 of the 1999 Constitution provides that the lingua franca for the Nigerian nation-space is English, not Hausa! This is because the draftsmen of the Constitution reasoned that Nigeria comprises a disparate congeries of ethnic nationalities. But Buhari never believes that sacred fact.

As the cabal in Aso Rock are obviously on oath not to disclose the nature of the President’s ailment, many a Nigerian shrewdly conjecture, from the his ectomorphic appearance, that the President could be suffering from a consumptive disease, anorexia nervosa, prostate cancer, at its advanced stage, or a morbid lump in his aural cavity, a condition which many Nigerian experts in otorhinolaryngology would have handled with absolute facility. Such vague suspicions are the product of a deliberate non-disclosure of the President’s true medical problem out of political calculation.

Many Nigerians of goodwill continually pray for the speedy recovery of their President, but not a few of them ask to know from the President’s handlers the true nature of his ill-health, the President being a public figure, voted into office by the Nigerian electorate and whose flight tickets to and from London as well as his hospital bills, food and accommodation expenses are defrayed by tax-payers’ money.

The situation in the country today, with regard to President Buhari’s chronic ill-heath, avails Nigerians a strong sense of déjà vu: in 2009, when the late President Umar Musa Ya’Adua was similarly circumstanced, hordes of Nigerians in the Action Congress (AD) whose master’s voice was Alhaji Lai Mohammed, brazenly shouted their voices hoarse on Yar’Adua’s handlers, particularly on the then Minister of Information and Communication, to make a clean breast of whatever was wrong with the President, citing good, credible reasons for their agitation which, we now know, was only politically motivated. According to Lai Mohammed then, “It is clear to discerning Nigerians that those pretending to speak authoritatively on the President’s health are deceiving the public, since they are neither well informed on the issue nor competent to speak on it.”

Continuing, he said “Therefore, a daily briefing by the Minister of Information, (which he now is) based on authentic details provided by the President’s doctors, should start forthwith. As we have said many times, the health of the President, as a public figure, can no longer be of interest only to his family and friends.” The AC then called on the Federal Executive Council (FEC) in which is vested the constitutional power to determine whether the President or Vice-President is afflicted “with such infirmity of body or mind as renders him permanently incapable of discharging the functions of his office” (section 144 of the 1999 Constitution, as amended) “to rise above mundane considerations and put the nation’s interest first.”

The scale of this correct legal and moral statement was to be unscrupulously turned by the same man, Alhaji Lai Mohammed, now Minister of Information and Culture in the ruling All Progressives Congress (APC) administration. According to him now (2017), the ailment afflicting the President is personal to him and nobody has the right to enquire into it!

A cursory look at American history and politics will show that when the aides of some former US Presidents like William Henry Harrison, Zachary Taylor, Warren G. Harding, Franklin Delano Roosevelt, John F Kennedy and Dwight Eisenhower (all of whom died in office) tried to hide their health conditions from the public, they did not get praised for doing so. Americans now require their presidential candidates to release their medical reports as a condition precedent to their eligibility to contest presidential elections.

It is unfortunate that the 1999 Constitution, even as amended, is silent on the number of days for which a President or Vice-President may go on medical vacation (sick leave). However, if the President or Vice-President is a public officer (which he is), he is, ipso facto, bound by the Public Service Rules No. 070316, which provides that the aggregate sick leave a public officer is entitled to (if not hospitalized) per annum is 42 days. We are told that the President is recuperating in Abuja House, located in the posh Campden Hill area of the Borough of Kessington and Chelsea, in West London, not in a hospital.

The President or Vice-President should also be bound by the Civil Service Rules which delineate the type of diseases for which the Service is ready to accept bills from any hospital for settlement. Medical conditions such as human immunodeficiency virus (HIV), acquired immune deficiency syndrome (AIDS), gonococcal urethritis, tuberculous, leprosy, etc. are excluded from the official list of diseases the treatment of which the government is ready to pay for.

It is perhaps pertinent at this juncture to put an accent on the need for all Nigerians to eschew parochialism, tribal or clannish sentiments, religious bigotry or sectarianism, political exclusivity or thuggery and all forms of schismatic or fissiparous tendencies that may lead this nation-space to the Golgotha of dismemberment. Nigerians should, on the other hand, embrace mutual tolerance, avoid the practice whereby the tribesmen of any past or present public officer— President or Vice-President, Governor or Deputy Governor, legislator or civil servant—wage mini-wars by taking full pages of newspapers to defend one of their own with a screaming headline, “WHO IS AFRAID OF…”, even if such a one is a roaring kleptomaniac!