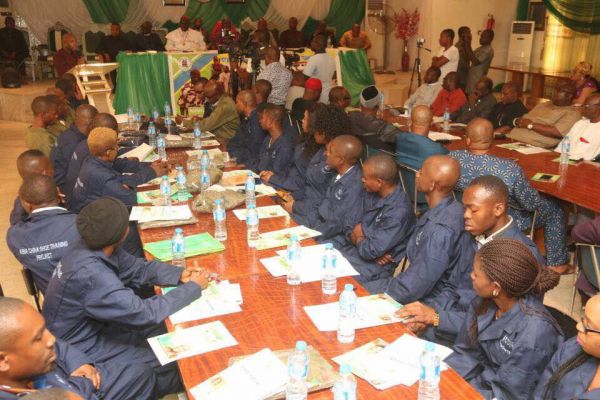 In line with Abia State Government’s burning desire to raise the international standard of Shoes and Related Foot wears Made in Aba, Governor Okezie Ikpeazu  has put paid to his plans as first set of 30 indigenous artisans have left for China.

The China training will among other things drill the experts in automated shoe making with latest technology to compete with leading international export standards.

According to the state chief executive, the training will gulp about N65million on the first batch of 30 youths for their training which covers artisanal, design and management.

Addressing the contingent during their ceremonial departure at the State House, Umuahia, Governor Ikpeazu averred that the capacity building and human capital development scheme are essential elements of development in the modern world Shoe technology.

The Governor said  that  lack of  automation was a  serious drawback for  the Aba Artisans  who  have  displayed  ingenuity in their  trades and that equipping them with it  would enable them  compete favourably with their  counterparts  in  developed  countries and have a share in the international  market.

Continuing, he assured that government would be ordering automated shoe equipment end to end on their return from China, hinting further that “I’m sending you to China with a lot of confidence. This is my wish to you that you go to China and conquer for us.’’

He made it clear that why government is sending you to China is to go and learn what had been lacking in the industry so that the sector can grow and become a national revenue earner.