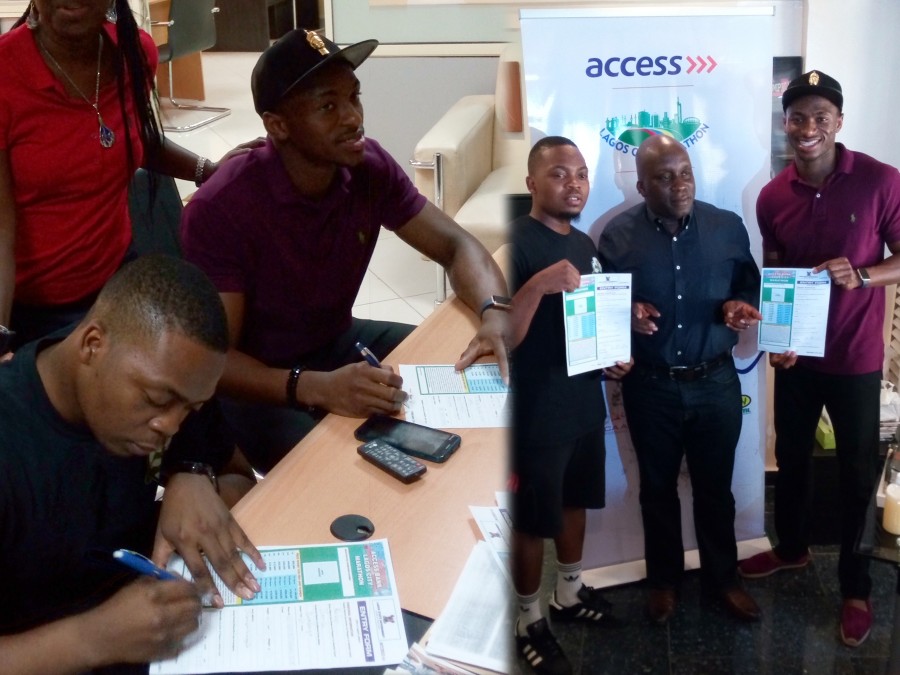 THE secretariat of the Lagos City Marathon was a beehive of activities on Thursday as music star Olamide Adedeji popularly called Olamide, media celebrity Jimi Disu, Rapper Ogunbote aka Jaayglow and national champion in 100m Adeseye Ogunlewe all signed on for the February 6, 2016 Access Bank Lagos City Marathon.

First to sign was rapper Jaayglow, the son of football coach Gbenga Ogunbote. The rapper said it was an honour to be associated with Lagos Marathon while he also urged all Lagosians to come and run and for those that are not running, he appealed to them to come in their thousands to support the runners.

On his part, Olamide said he was equally proud to be associated with Lagos City Marathon even as he enjoined other celebrities to come on board and be counted with the noble course.

The multi-award winning musician together with the other visiting celebrities filled their race forms at the office of Chairman of Lagos State Sports Commission and head of the organising committee for the Access Bank Lagos City Marathon, Deji Tinubu.

Aside being proud to be associated with the Lagos City Marathon, the current fastest man in Nigeria, Ogunlewe, said he believes that the February 6 race will be a veritable way of reviving the culture of long distance races and healthy living amongst Nigerians.

In his remarks, Tinubu thanked the celebrities for identifying with the Lagos Marathon even as he reiterated that arrangements are in top gear to ensure that Lagos hosts a world class event everybody will be proud of.

“This is a big encouragement for us, we hope to see many other celebrities come on board and together we will have a successful race” The Lagos Sport boss submitted. 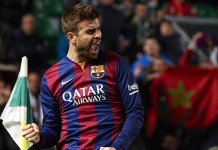 ‘I would rather die than join Real Madrid’ – Gerard Pique 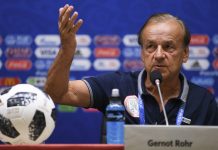