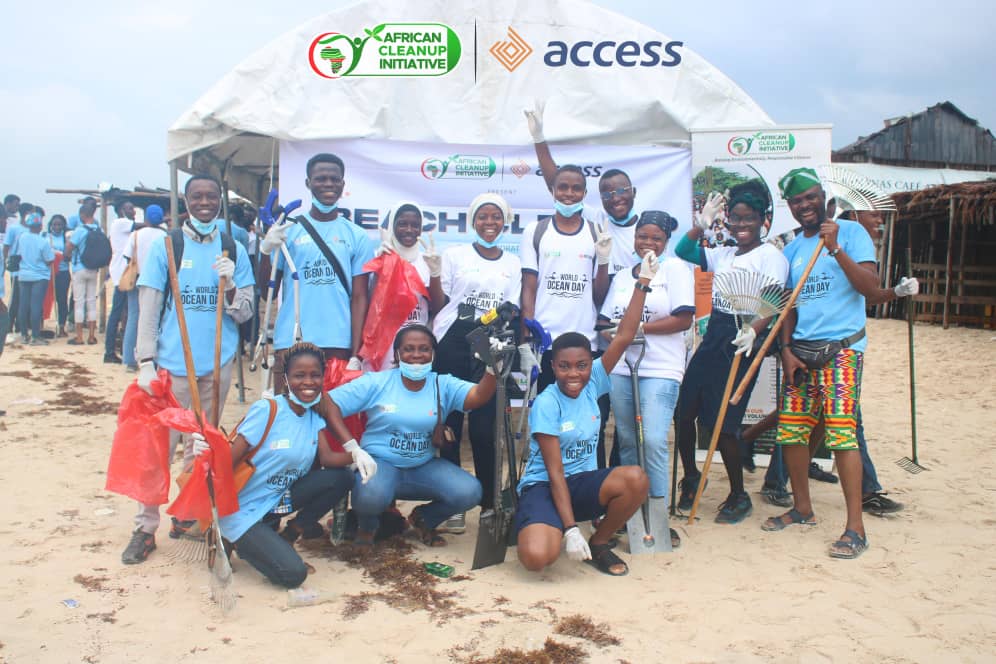 African Clean-up Initiative(ACI), in collaboration with Access Bank has embarked on a clean-up exercise to mark the 2022 World Ocean Day.

This is contained in a statement signed by Dr Alex Akhigbe, Chief Executive Officer (CEO), ACI, obtained by the News Agency of Nigeria on Monday in Lagos.

The World Ocean Day is celebrated every June 8, and the theme for 2022 is ”Revitalization: Collective Action for the Ocean.”

The World Oceans Day is organised globally to enlighten the public on the impact of human actions on the ocean and to establish a worldwide movement of citizens for the oceans.

According to the statement, more than 65 volunteers defied heavy rain to clean up the beach and advocate for environmental sustainability.

In her remarks, Mrs Blessing Onyelekwe, Communications Manager, ACI, called for urgent action to protect the oceans and marine life within them.

Onyelekwe called for concerted efforts to end flooding and other environmental disasters.

In his address, Akhigbe expressed appreciation to stakeholders and Access Bank for working together to ensure that projects like the clean- up exercise reach the most vulnerable communities.

“Rural communities contribute less to environmental pollution but are most at risk of the devastation it causes.

“it is an unfair reality, that is why the work we do with partners like Access Bank is important.

“Local communities need to be enabled to fight this crisis.

“This World Oceans Day is significant in this pursuit, we remain committed to the people, volunteers and community we serve,” Akhigbe said.

The CEO expressed gratitude to all its partners whose support have proved invaluable to the success of the project.

He also thanked the Alpha Beach community and especially volunteers, who have remained dedicated to environmental sustainability.

The statement said that a “Green Certificate” was presented to the volunteers for their dedication to contributing to a healthy environment.

It added that the shorelines yielded a total of 384kg of solid waste and 60.2kg of recyclable waste at the end of the exercise.

2023: Bashir Ahmad causes a stir after alleging that 97% of APC voters are offline