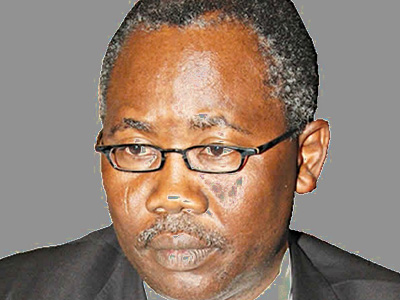 National Daily gathered that the United States Securities and Exchange Commission (US-SEC) is currently investigating the firm over alleged bribe made by Addax Petroleum, a subsidiary of the company.

The case revolves around bribes that were allegedly paid by lawyers acting as middle men between the company and the Nigerian Government. The government had taken the company to court over a $3 billion past benefits captured in an agreement it signed with the firm.

Addax then counter sued, seeking refunds of $1 billion for crude oil that was over-lifted. Both sides subsequently agreed to a settlement. Prior to this, Addax made a payment of $80 million to a construction company. Deloitte, auditor to Addax at the time flagged the payments as it could not find any justification for the work done. The settlement was approved by then President Goodluck Jonathan on the advice of Attorney General of the Federation (AGF) Bello Adoke.

Sinopec was established as a joint stock entity under the China Petroleum and Chemical Corporation in February 2000. The company was simultaneously listed on the London, New York and Hong Kong stock exchanges in October 2000.

Addax Petroleum was originally part of the Addax and Oryx Group of Companies (AOG) which were established in 1987, but the company became an independent entity in 1994. In August 2009, it was bought over by Sinopec. Addax was initially focused on the oil and gas i n the Middle East, the North Sea and Africa, but has recently focused its effort on West Africa.

Recall that the immediate past petroleum minister, Dieziani Allison Madueke has had some of her assets forfeited to government due to various corruption allegations. Diezaiani was alleged to have sourced $88 million from some oil companies which she used to fund the re-election campaign of sitting President Goodluck Jonathan.

She is also alleged to have received property from some businessmen in exchange for awarding them lucrative contracts.

Prior to that, the subsidy scandal was on the front burner with companies collecting billions of Naira for products that were never supplied. The Malabu oil scandal remains in public consciousness with several cases within and outside the country. Individuals that were indicted are yet to face justice in the country.

Some of the funds, it was gathered were said to have passed through banks in New York and California.