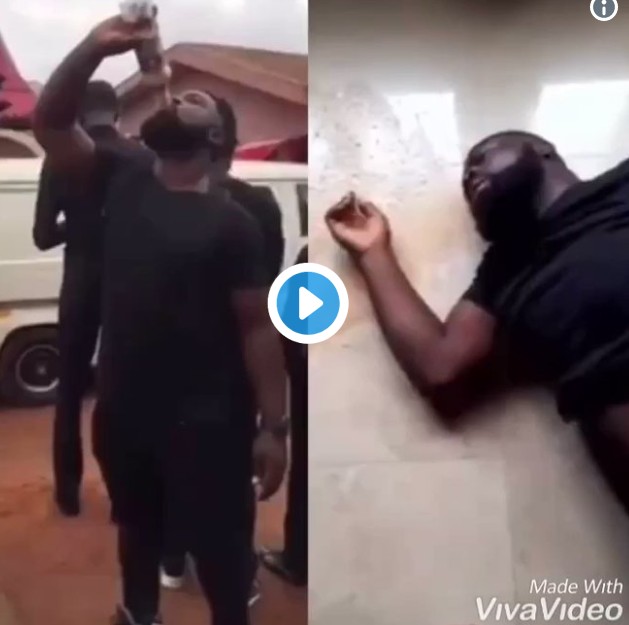 Share this on WhatsApp
Spread the love
A man is currently battling with his life as his friends struggle to keep him alive after he bragged about having the capability to drink 6 bottles of alcohol, without being affected.
According to reports, the man eventually took the drink, but the aftermath wasn’t a sweet experience.
In a video we sighted, the man could be seen consuming the alcoholic drink while being hailed by his friends.
Moments later he was captured on same clip battling with his life.
Reports have it that he was rushed to the hospital where the medical personnel are doing their best to keep him alive.
Share this on WhatsApp
Related Topics:Drunkard
Up Next