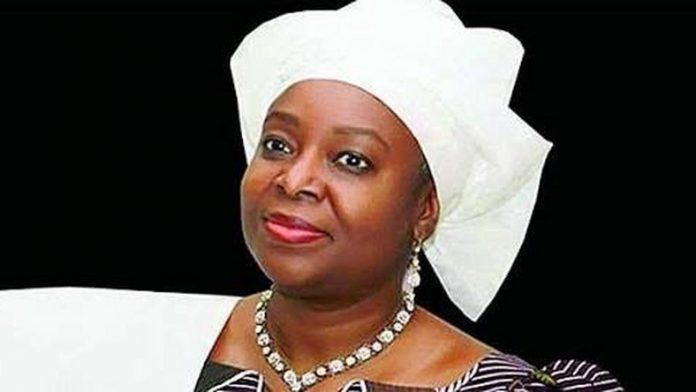 Re-arraignment of a former Minister of the Federal Capital Territory, Jumoke Akinjide over alleged money laundering could not take place on Tuesday as a result of prosecution’s request that the case be returned to the previous judge.

The commission charged them on an amended 24 counts bordering on N650 million fraud and money laundering.

The defendants were first arraigned before Justice Muslim Hassan before whom they all pleaded not guilty, and were granted bail.

Trial begun before Hassan, with witnesses being led in evidence, but midway into a trial-within-trial, the case was transferred to Justice Chukwujekwu Aneke at the instance of defence.

The case was then adjourned until June 11, for re-arraignment of the defendants.

Buhari then orally applied to the court for a transfer of the case back to Hassan.

However,  Ayorinde raised an objection to the application, describing it as ‘ambush’.

Ayorinde argued that  the prosecution ought to have made the application formal before the court and served it on the defence for it to reply.

He prayed the court to refuse the application, saying that it should be brought properly.

His submission was adopted by other defence counsel.

At this point, EFCC lead counsel, Mr Rotimi Oyedepo walked into the courtroom and also announced appearance for prosecution.

Oyedepo argued that by the provisions of the Administration of Criminal Justice Act, an application for transfer of a partly heard case must not be in writing.

He added that the case had already advanced to trial and parties at the stage of a trial-within-trial, before the case was transferred.

“Whether rightly or wrongly, this matter is going through turbulence; a case of 2016. Why should we start afresh?” he asked.

In a ruling, Aneke upheld the submission of defence that the oral application was like  `ambush’. He ordered the EFCC to bring a formal application to that effect.

The court adjourned the case until June 26 for hearing.

The News Agency of Nigeria (NAN) reports that the EFCC accused the defendants of unlawfully receiving money from a former Minister of Petroleum Resources, Diezani Alison-Madueke, in the build-up to the 2015 General Elections.

The money was said to have formed part of a total sum of 115 million dollars allegedly disbursed by Alison-Madueke to influence the outcome of the 2015 Presidential Election.