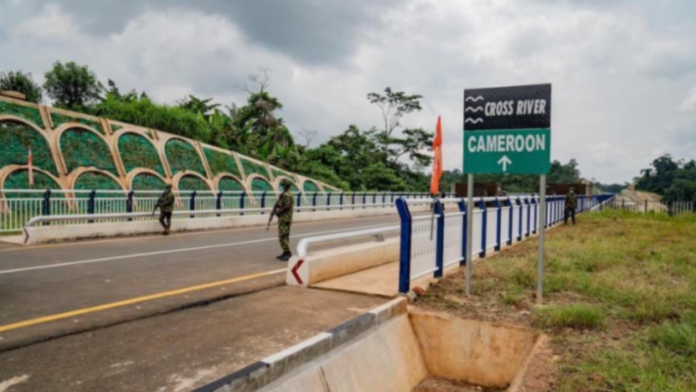 The Ambazon, a separatist group seeking self-rule in Cameroon, has begun menacing Nigerians crossing the border between Cross River and southwest of Cameroon.

According to reports, the Cameroonian separatist group are now screening, blocking both Cameroonians and Nigerians crossing the border communities.

Bisong Ojong Nre, 56, is a Cameroonian who does menial jobs in Calabar.

As Daily Post reports, Nre said he had to go through dangerous bush paths near Boki LGA of Cross River State to escape the Ambazonian Boys who extort and clamp down on those that violate their orders.

“Towards the international border town of Mfum near the commercial town of Ikom in Nigeria, the Amba Boys thoroughly screen travellers including Nigerian traders,” he said

“The Boys are angry that a splinter group has aligned with outlawed Biafran groups to sabotage and betray them to forces loyal to President Paul Biya of Cameroon.

“The Boys, therefore, suspect Nigerians. They have even alleged that the Nigerian government is subtly supporting Biya against them.”

The Amba Boys have dissociated itself from the Biafra National League and IPOB waging war against Nigeria.

The Cameroonian secessionists said their goals are different from the Nigerian groups.

The Ambazonians claimed the UN agreement that integrated them into Francophone Cameroon in 1953 when the were part of the southeastern Nigeria has no legal standing, and the English-speaking region of the country wants to stand on its own.