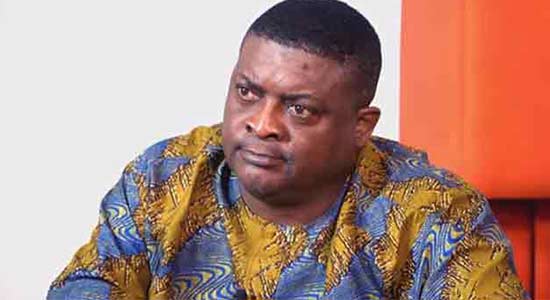 Share this on WhatsApp
Spread the love
A former Governor of Ogun, Sen. Ibikunle Amosun and other prominent Nigerians, on Monday, condoled with the family of the late Gani Fawehinmi, over the death of their son, Mohammed.
The National Daily reports that Sen. Musiliu Obanikoro and Aare Ona Kakanfo of Yoruba land, Chief Gani Adams, also visited the Lagos family home of the bereaved.
They all expressed shock and sadness over the sudden demise of the legal practitioner.
Amosun, who stated that it was so sad that Mohammed had to leave so soon, prayed God to console the mother, siblings and the entire Fawehinmi family over the unfortunate incident.
On his part, the Aare Ona Kakanfo said that it was highly regrettable that “we lost Mohammed when the country needed him most.”
He noted that Mohammed believed in his late father’s philosophy and tried to follow his footsteps.
Also, Obanikoro, a former Minister of State for Defence, prayed Allah to grant the deceased eternal rest and the family, the fortitude to bear the irreparable loss.
A lawyer and human rights activist, Mr Debo Adeleke, said that the news of Mohammed’s death came with untold pain, shock and disbelief.
He said that Mohammed left a huge mark within the short period he spent on earth.
“We can only wish you (Mohammed) to rest at the right hand side of our Lord, and may He grant you eternal rest. Adieu,”Adeleke said.
Mohammed, a 1991 Business Administration graduate of University of Lagos, also obtained an LLB degree from University of Buckingham, England and was called to the Nigerian Bar in 1998. The late legal practitioner passed away on Aug. 11 at a Lagos hospital during a brief illness.
Share this on WhatsApp