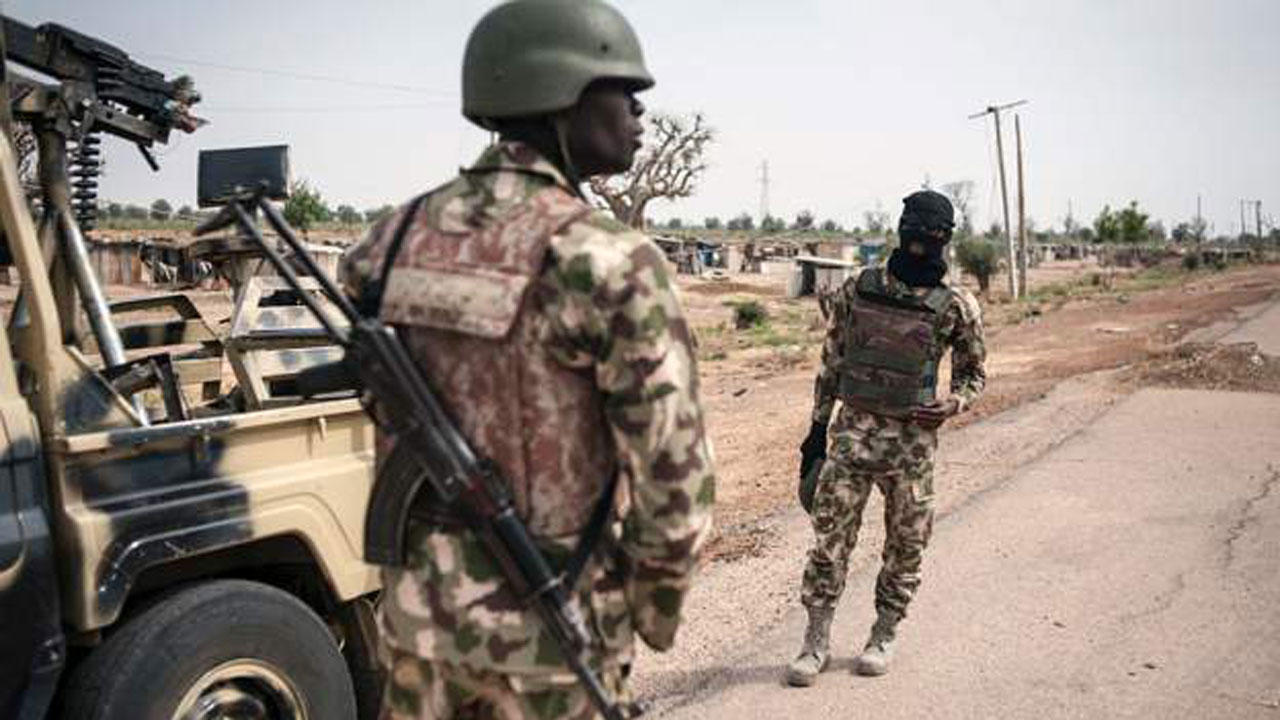 Share this on WhatsApp
Spread the love
Not less than 15 persons are feared dead and 55 others injured in an attack by Boko Haram insurgents at Bale Galtimari village in Jere local government area of Borno.
According to reports, the insurgents attacked the village which is about 20 kilometres away from Maiduguri, on Sunday night, shooting sporadically and detonating bombs.
Security sources were quoted to have said a number of insurgents attacked Bale-Shuwa and Bale-Kura communities at about 8pm. Some residents said the insurgents came in a convoy of utility vehicles, motorcycles, suicide bombers and armed gunmen.
A source, according to reports, disclosed that the insurgents parked their vehicles few metres away from a security checkpoint and sneaked into the community.
The source said the security operatives engaged in a fierce gun battle with the insurgents who detonated improvised explosive devices (IEDs) and shot sporadically.
“Dozens of people including women and children were wounded from the explosion and gun shots. Due to darkness dead bodies were not evacuated immediately because there were suicide bombers among the attackers,” he said.
Meanwhile, Rogers Nicholas, theatre commander, operation Lafiya Dole, said no soldier was killed by Boko Haram insurgents.
“That’s not correct. There was an attack which was repelled and some Boko Haram insurgents were killed by gallant soldiers.
“However, Boko Haram came with suicide bombers who denoted their vests while running from the troops’ fire in a nearby community and that led to 14 civilians being injured from the blasts.”
Share this on WhatsApp
Related Topics:Boko Haram insurgentsBorn State
Up Next

‘Looters’ list: Some of us are victims, scapegoats – Igali