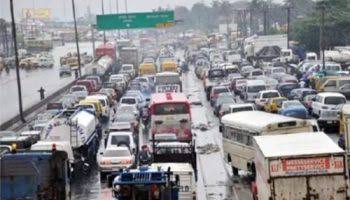 The Federal Government is set to move with sure-footed steps next week in Apapa, as it inches the Tin Can Island Port towards the first phase of sanity, when a most desired stretch of construction work is completed, following serious concerted efforts of government agencies and parastatals in Lagos.

The major parastatals were the Nigerian Shippers Council, the Nigerian Ports Authority, the Presidential Task Team, the Federal Ministry of Works, amongst others, with their combined synergy being actively harnessed by Comrade Kayode Opeifa.

The investigation by the Maritime First shows that returns from government’s heavy infrastructural investment in the Apapa -Tin Can axis could begin to pay off, even by next week Friday, by which time, trucks and private cars assessing the Tin Can Island Port could relocate to the stretch being completed and significantly reduce the current hullabaloo on Tin Can’s current, dilapidated stretch.

Driving through the Marine road, into Tin Can on Tuesday, the crew found a strong, solid stretch of road, almost completed, waiting for the completion of a small portion at the Tin Can Truck Gate, to enable trucks to begin to officially pour into the Tin Can port northern terminals, a dream that had remained a mirage for more than 30months. (See video).

The Southern terminals, it was learnt, would be fed by trucks or co-joined vehicles, using the ‘underground’ bridge, to link the TCIP 2nd Gate, via Round About, to enable easy drive-in, to the port.

But more exhilarating, was the findings, that most likely, by next weekend, containers could actually begin to depart the TCIP, to drive straight towards Oshodi, without first going through Apapa, to further worsen the traffic there.

In other words, Apapa port users and residents have a reason, to genuinely believe that very soon, the Apapa gridlock would be significantly ameliorated and the glory of the nation’s mother port would begin to heal.

Only one thing was conspicuously missing: the electronic equipment that a cardinal parastatal, the Nigerian Ports Authority had pledged might begin the desired Electronic Call-up System. Maybe, the Authority was actually waiting for everything to sync, before installing it!

When the opinion of Comrade Kayode Opeifa was sought, he lauded the synergy amongst the Government’s parastatals and agencies, saying he was glad that the desire of Government, in respect of cargo movements in the Lagos ports, were actually manifesting, finally.

We didn’t like him when he first came. We fought him when he began to move the mountains. It is not unlikely that very soon, as sanity and respite reign, we would also gradually begin to throw appreciative glances towards him, as criticisms on Government also weakens!