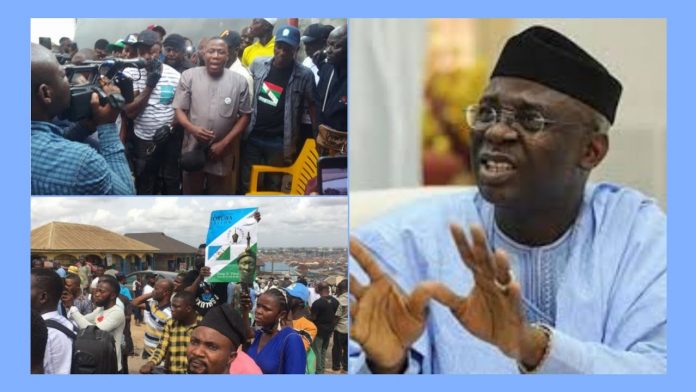 Bakare who disclosed this during a sermon in his church accused the federal government of using intimidation and brutality rather than work towards justice.

He also dared an unnamed government official to come and arrest him, “I dare you to come after me since that is the usual style now. You might have done it to others; you are about to learn a lesson if you touch me.”

He added: “If you know what I have done in secret, bring it to the open. I dare you to come after me if you can. I worked with you; I worked for you; I supported you to get there (where you are). When I talk now, I now have a smelly mouth.

“I’m not interested in meeting you any longer; no more visits. Now, it is war, because Nigeria must be set free.”

Bakare, who was running mate to President Muhammadu Buhari on the platform of the defunct Congress for Progressive Change (CPC) in 2011, recalled how he backed the unnamed top official to his current position.

Addressing the official, Bakare added: “Have you forgotten that you vowed never to contest again. I said ‘not so’. I showed you how you can win the next election and you agreed to run and you won. I was not considering myself but concerned about how Nigeria can become great.

“Winning an election is a different thing; doing the right thing is another. No one must behave as if Nigeria is a personal property. Nigeria must be set free and any obstruction along the way must be removed; it must get out of the way.”

He told Nigerians to be prepared for the baton of change, recalling how he pronounced the late Gen Sani Abacha’s days numbered during his fist rule.

“I don’t support any act of violence, taking up arms against the country and killing people. Those are in the realm of criminality and anybody doing that must be brought to book,” Bakare stated to a rousing round of prayers and declarations.