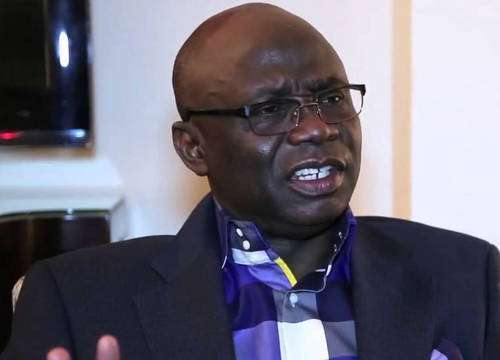 The Overseer of The Citadel Global Community Church (CGCC), Pastor Tunde Bakare, on Sunday scolded the federal government over the freezing of bank accounts of #EndSARS protesters, warning the action may provoke worse protests from the Nigerian youth. Bakare stated that the older generation cannot afford to keep ‘sinful’ silence over the action of the government.

Bakare making a broadcast in his church on Sunday declared: “As our nation returns to the drawing board in the wake of the #EndSARS protests, I have observed with keen interest the policy actions and positions taken by national and subnational governments to address the broader issues of youth development in Nigeria.

“Truth be told, this season of our national life requires deep humility, sobriety, and deliberate thinking through, both by the government and the governed, in order to ensure that our plans, policies, and actions are weighed before they are implemented to avert the re-occurrence of our most recent crisis.

“In light of the foregoing, some of the actions recently taken by the government on the heels of the #EndSARS protests may need to be reversed sooner rather than later in our collective best interest so that they do not trigger further protests.

“Among such policy, action is the freezing of the accounts of young Nigerians who reportedly sponsored the protests.”

Bakare acknowledged that though under the country’s extant laws, banks may freeze an account upon an ex parte order granted to a law enforcement agency by a court of competent jurisdiction for the purpose of the investigation,  he argued, “but this Law should not be used to intimidate Nigerian youth simply because they engaged in and promoted protests against the inaction of government.” He maintained: “targeting and arresting citizens on trumped-up charges, deploying court probes as a tool of intimidation, and generally eroding our fragile peace, are deeply worrisome signs of regression.”

Bakare decried that the shooting of protesters at the Lekki Toll Gate by the Army in Lagos was painful.

“As I reminisced on the unfortunate incident of the shooting of unarmed protesters by Nigerian soldiers, I recalled with solemnity how I almost lost my life in the Ali Must Go protests as armed policemen fired live bullets into a crowd of students protesting peacefully.

“It is painful that the younger generation has had to face the same beasts we fought in my generation. This is why we cannot afford to keep sinful silence when the youth of our nation are being oppressed by a Nigerian state that is supposed to protect them,” Bakare stated.

The Overseer also acknowledged Federal Government’s responses to the protest  in the disbandment of SARS; setting up a panel of inquiry with youth representatives; and the launch of N75 billion Nigeria Youth Investment Fund (N-YIF); he, however, told the Federal Government to unfreeze the accounts of #EndSARS protesters.

“I commend these actions by the Federal and state governments. They have, to an extent, been forced to self-reflect and align with the times,” Bakare said.