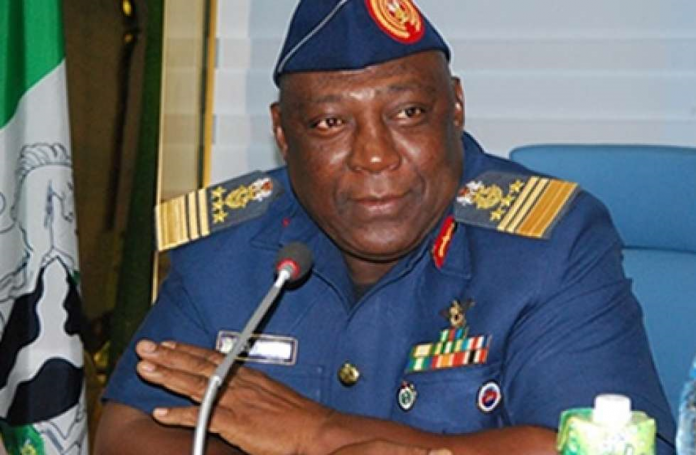 Led in evidence by the prosecution counsel, O.A. Atolagbe, the witness said an initial deposit of $50,000 was made into the account in two instalments by Badeh’s officers.

Dauda said that she personally filled the deposit teller and wrote her name on it.

The witness said she was the Relationship Manager of the First Bank since 2011 with a distinct function of marketing and securing customers as well as managing the relationship.

She told the court that she was the relationship manager of Mr. Badeh’s visa gold account from 2012 when the account was opened.

According to the witness, the visa gold account cannot be operated over the counter except in case of deposits.

Mrs. Dauda told the court that the Economic and Financial Crimes Commission, EFCC, had in May, requested for information regarding the said account.

The witness said that the information released to the EFCC included certificate of identification, vouchers, statement of account and other relevant documents.

The documents were admitted in evidence as exhibit F1 to exhibit F15.

Mr. Atolagbe pleaded with the court to permit a detailed explanation of some of the exhibits by the witness without any objection from the defence counsel, Akinlolu Olujinmi.

“The witness recognises some of the documents, part of which is in the investigation process addressed to Head of Operations, EFCC and bearing Alex Badeh as account holder.

“Other exhibits are also acknowledged by the witness as Application Form, Letter of Exemption from Payment of Utility Bills and documents showing cash deposits by the first defendant, all bearing Alex Badeh,” the prosecutor said.

Justice Abang granted the request by prosecution counsel for more time to collate other evidences and adjourned continuation of hearing until November 17.