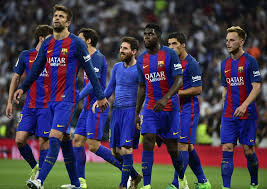 The La liga giants almost ran the season with an unbeaten run but their loss to levante spoiled the thriller, yet they dominantly claimed the Laliga title, Copa del’rey after an eventful season which saw them acquire the services of the Brazillian ace, Philipe Coutinho after the departure of his fellow country man Neymar Jnr, the previous season. Although, they crashed out of the champions league to Roma after a 4-2 victory at home and a stunning 3-0 loss to Roma.

For Barcelona, they have done themselves good deals after the arrivals of Malcom and Arturo Vidal. This summer was all about balancing the books and having a clear out.

With nine departing the Nou Camp – six for a fee – the club made a record-breaking €124million (£111m) from sales. It is the most they have ever earned from outgoings in one window.

The Premier League proved a successful selling spot as Watford winger Gerard Deulofeu (£13m) was joined by Lucas Digne (£18m), Yerry Mina (£28.5m) and Andre Gomes (£2m, loan) who all joined Everton.
Making up the rest of the record returns were Aleix Vidal who joined Sevilla for £7.6m and Brazilian midfielder Paulinho who made a £50m return to China with Guangzhou Evergrande.

The Catalan giants have spent big in recent windows with Ousmane Dembele and Philippe Coutinho both requiring outlays of more than £100m and so a sort-out was required by Ernesto Valverde.

Another factor, particularly in the case of Mina and Paulinho’s sales, was that the clubs are only allowed three non-EU players in their squad and they needed to make room for new faces Malcom, Arthur and Vidal.
The club, according to the SPORT report, was also growing concerned at the mounting wage bill with the squad so large and it quickly became a one-in, one-out policy for boss Valverde.

Club legend Andres Iniesta departed to Japan on a free while the club also sanctioned loan moves for Douglas and goalkeeper Adrian Ortola.

Valverde’s side are busy preparing for the Spanish Super Cup on Sunday when they take on Sevilla with all of the new arrivals pushing to be involved in the curtain raiser to the new campaign. 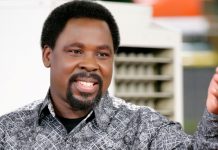