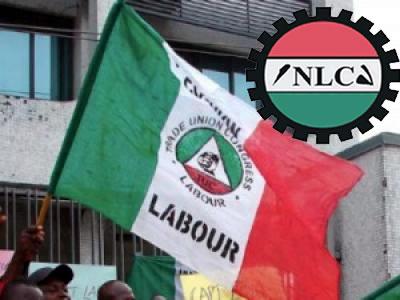 The United Labour Congress of Nigeria (ULC) has warned the Federal Ministry of Labour to be wary of the plot by the Nigerian Labour Congress (NLC) and the TUC to incite the Ministry against other Labour center.

This was contained in a letter to the Minister of Labour and productivity,signed by the president of ULC,Comr. Joe Ajaero, titled; “RE – NEED TO AVERT ANARCHY IN THE INDUSTRIAL RELATIONS SYSTEM IN THE COUNTRY: MUSHROOM/SHELL TRADE UNIONS” ,alleging NLC\TUC of writing letter to the Labour Minister not to recognise the new Labour center,(ULC).

The letter reads in part,”The unfortunate and imperious letter with the above caption which has also been leaked to the media by organisations which we had hitherto regarded albeit erroneously as sister organisations seeking to instruct your ministry on how to conduct and discharge its responsibilities as the Ministry in charge of Registering and regulating the operation of trade unions in the Country has come to our notice.

It is important that we respond to such a dubious call couched in some jaundiced understanding of the statutes governing our operations within the nation’s Industrial relations sphere”.

According to the letter,ULC  was worried that the Presidents of NLC and TUC who pride themselves as comrades and democrats would descend to this depth to urge the Government not to allow Nigerian workers to freely seek new platforms for democratic expressions as enshrined in our Constitution and freely guaranteed by natural laws. It is truly disheartening that they seek to mouth the beauty of democracy without allowing it the free reign that it deserves amongst Nigerian workers.

ULC said such dictatorial tendencies negates the founding principles of the labour movement and it’s  sorrowful that such comrades will seek to hold Nigerian workers captive under their bondage denying them every possible right to freely chose platforms that best suits their desires and expectation, which it said was against their traditions and norms as a labour movement to encourage slavery in any form either in the workplaces or within the trade Unions.

Ajaero described the letter by this duo as a strong plea to enslavement within the Industrial Relations space,he added that it was therefore unfortunate that TUC which was a beneficiary of the ILO conventions and the Laws of our land would seek an unholy alliance to deny others the benefit of the same paths they have trodden. It was this provision that enabled TUC to function without let or hindrance from 1978 to 2005 without registration. Why the NLC/TUC fails to recognise this provision is also one of those cases of selective amnesia that has ruined our nation,Ajaero added.

The new Labour center advise d the Ministry to aggressively monitor its staff especially those that may be colluding with the NLC and TUC in order to carry out outright sabotage of the determination of the Ministry to carry out its objectives creatively and effectively within the ambits of our various statutes.