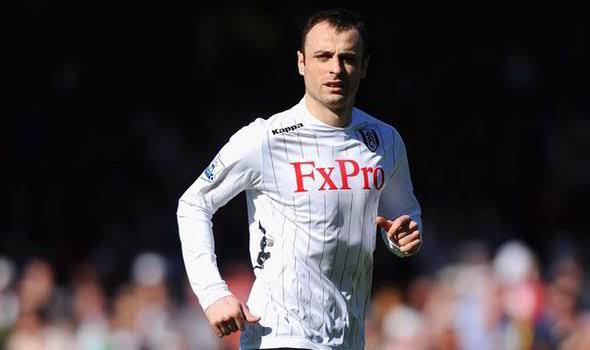 The Bulgarian striker was a £30m signing at Old Trafford in September 2008, on the same day that Manchester City snared Robinho from Real Madrid for £32.5m.
At that point, the Citizens were still two weeks away from being taken over by the Abu Dhabi United Group and had finished 9th in the 2007/08 Premier League. Manchester United, meanwhile, had recently celebrated a second successive title and were crowned Champions League winners in May.
With that in mind, Berbatov was only ever interested in joining Alex Ferguson’s red revolution and unmoved by the riches on offer elsewhere.
Asked about Manchester City’s interest in the October 2018 issue of FourFourTwo, in shops and available digitally from Wednesday, the Bulgarian said: “I don’t think it was that close, to be honest. My agent told me about some interest but I said, ‘Don’t even bother mentioning anyone else, I’m going to Man United,’ because of the history, the players, the tradition, everything.
“I think it was the night before City signed Robinho from Real Madrid and my agent said, ‘Berba, there’s another team in for you’. I said, ‘F*ck off, we’re going to Man United’. He said, ‘But they’ll give you more money!’
“It’s not all about the money sometimes, though. I was like a horse with blinkers. For me it was the right decision because going to the top of the mountain was my dream, especially when you come from Eastern Europe, from a small town, and no one’s done it before you. It was a great feeling.”
Berbatov admits some unease with the way he left a winless Spurs three games into the season, but says he was merely doing everything he could to fulfil a boyhood ambition.
“It’s difficult,” he told FFT. “You see it all the time with players moving clubs. In my case it was me simply following my path, because ever since I was a small boy, I’d always imagined playing for the biggest club in the world.
“When that moment arrived I know a lot of people were angry with my choice, but I needed to follow my path.”

Share this on WhatsApp
Related Topics:Dimitar BerbatovManchester United FC
Up Next

Petit: Arsenal’s defense is a disgrace