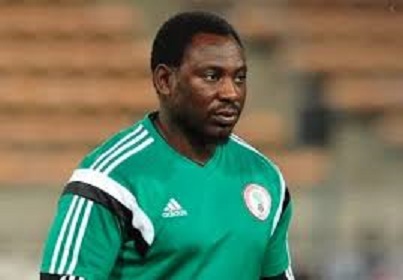 Speaking at the media briefing in Lagos, Amokachi said he decided to serve as BetBonanza Brand Ambassador after securing their assurances of transparency and accountability to the public.

Speaking at the event, the former Everton of England star said he was honoured to be counted worthy to be selected as the Brand Ambassador from a long list of several legends.

“I am honoured because there are so many legends out there before they decided to pick me.

“Their level of transparency attracted me because as a person, I have to protect my name, it must not be about launching but giving it my all, I believe in BetBonanza and I want all Nigerians to support the brand because it is going to be better and better.”

According to the Managing Director of BetBonanza, Adekunle Adeniji, having been around for a while in the betting industry, he understands the yearnings of the stakers who invest their hard-earned money.

Adeniji said BetBonanza will make everyone winners apart from getting 100 per cent bonus on deposit, the punters are going to be enjoying lucky draws regularly as long as they remain faithful customers.

He added: “We are going to create several job opportunities in the country directly and indirectly because we have to give back to society.

“There will be better bonuses for everyone especially the online users and also our loyal consumers because they are the reason why we are in business. There will be transparency, better customer support.

We are going to make everyone winners.”

On why Amokachi was chosen as the Brand Ambassador, BetBonanza Acquisitions Manager George Mbam said the former Super Eagles’ Assistant coach possessed the same qualities as the company.

Mbam assured of their readiness to give the best product, best odds and ensure a high level of transparency, something Amokachi represented during his playing days and even in retirement.

The online version of the business was inaugurated on July 24th, while the retail market began operations two months ago.

Few months after hitting the market, BetBonanza already has 400 active agents across the country with plans to expand the market in the offing.