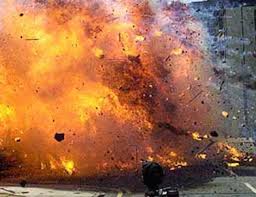 An explosion detected to be detonated bomb, killed three persons in Imo State, injuring others. The Imo Police Command had confirmed that a ‘bomb’ exploded in the state, killing three persons.

The PPRO was cited to have explained: “It was as an unexploded ordinance in a scrap dump.

“The bomb exploded killing three of them at the scene while one of the victims was beating the scrap iron in order to compress it.”

Orlando confirmed that Imo State Commissioner of Police, Rabiu Ladodo, and his team had visited the bomb explosion scene at Oguta.

“The Commissioner of Police wish to use this medium to warn all member of the public to promptly report any metal device suspected to be Unexploded Ordnance or Explosive (UXO), for possible examination, evacuation and possible destruction,” the PPRO said.

Buruiji Kashamu hangs on as S’Court fixes date for appeal