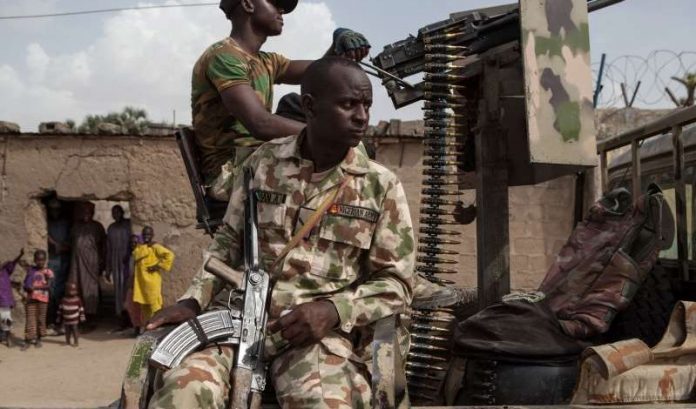 The National Union of Road Transport Workers (NURTW) officers who arrested him o board a vehicle heading for Abuja later handed hi over to the police.

The soldier, a lance corporal attached to 198 Special Forces Battalion, claimed he got an AWOL just been from duties at Damasak town in Borno State, after recently obtaining a sick report, Premium Times reported.

On the cache of ammo, Mohammed told the police he got it from a broken-down vehicle in his unit.

Other items found in his possession were a three-day excuse duty and two reports of hospital test.

But the army told the police that the soldier was not issued a pass or given medical leave to travel.

A military insider said the army is waiting on the police to hand over the soldier to it for a detailed investigation of the matter.

Neither the police nor the army has issued any official statement yet.