Everything that has a beginning definitely has an end. Such could be said of one of the greatest tennis players Serena Williams as the 23-time Grand Slam champion has just announced her intention to retire from the game after the upcoming US Open later this month.

The Michigan, USA-born former world number one is the most decorated female player in the Open Era, dominating the sport from the early 2000s until the mid-2010s.

Seven of Williams’ singles successes in the majors have come at Wimbledon where she has long been a fan favourite, bursting onto the scene shortly after older sister Venus in the late 1990s. Together, the sisters won six doubles titles at Wimbledon.

Her combination of supreme serving, unrivalled fitness and unerring accuracy from the baseline have rendered Williams not just comfortably the greatest female player of the 21st century, but one of the greatest sportspeople of all-time

Increasing injuries and the birth of her first child have kept Williams away from the court for vast swathes of the past five years, though she did win her first tour title as a mother at the 2020 ASB Classic in Auckland, New Zealand. Motherhood is one of the reasons she is now stepping away from the sport in which she has been a professional since the age of 14. 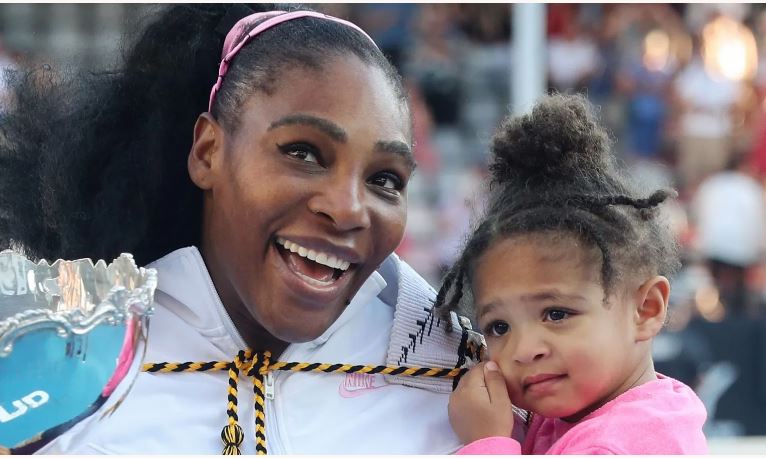 ‘There comes a time in life when we have to decide to move in a different direction,’ she said in a post written on her Instagram account.

‘That time is always hard when you love something so much. My goodness do I enjoy tennis.

‘But now, the countdown has begun. I have to focus on being a mom, my spiritual goals and finally discovering a different, but just exciting Serena. I’m gonna relish these next few weeks.’

Williams explained the reasons behind her decision further in an interview with Vogue for its September issue.

‘I’m turning 41 this month, and something’s got to give,’ Williams said. ‘I have never liked the word retirement.

‘It doesn’t feel like a modern word to me. I’ve been thinking of this as a transition, but I want to be sensitive about how I use that word, which means something very specific and important to a community of people.

‘Maybe the best word to describe what I’m up to is evolution.

Williams is currently competing in the Canadian Open in Toronto, and won her first singles match in 14 months by taking an impressive 6-3 6-4 victory over Spain’s Nuria Parrizas-Diaz on Monday.

She aims to compete in the US Open, which begins on Monday 19 August, before bringing her career to an end.

FFK reacts as Gen. Ibrahim Haruna slammed journalist for claiming Buhari has run out of ideas