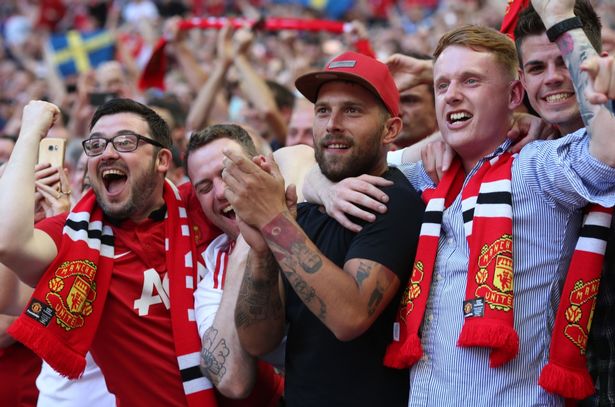 Reports reaching National Daily have it that Massimiliano Allegri would hire Patrice Evra on his backroom staff if he was named Manchester United boss.

Allegri has been linked with the top job at Old Trafford in recent weeks despite current manager Ole Gunnar Solskjaer being in no immediate danger of getting the sack.

The Italian is currently out of work after going on a sabbatical this summer following five years in charge of Juventus in which he won the Serie A title in every season.

Allegri, 52, is ready to return to football management and is open to the challenge of restoring Manchester United to its former glory.

The Italian has even been learning to speak English, according to reports.

Evra was recently pictured sitting alongside Allegri at the Tottenham stadium as the north London side were battered 7-2 by Bayern Munich.

In a tweet, Evra wrote: “So great to watch a match with you guys. I love the knowledge we share together and the advice and I know the future is bright for all of us.”

Reports have since emerged that Allegri has a good relationship with the Frenchman and is keen on adding him to his backroom staff at United, should he get the top job.

Evra has previously hinted at a return to United, even calling on the club to give him a job.

Reports have since emerged that Allegri has a good relationship with the Frenchman and is keen on adding him to his backroom staff at United, should he get the top job.

After the 2-0 defeat by West Ham this season, the Frenchman posted an image of himself in his United kit on Instagram Alongside it he wrote: “I think it’s time to get our hands dirty!

“Manchester United board, are you ready to let us help you guys?”