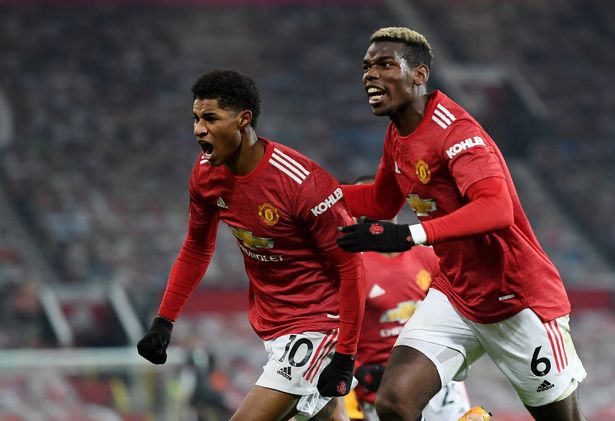 The transfer situation of Paul Pogba at Old Trafford has remained unclear after the 28-year-old Frenchman was recently alleged to have rejected his new deal worth £350,000-a-week offered by United, thus leaving the midfielder’s future in question once again.

And with the Red Devils boss, Ole Gunnar Solskjaer recently revealing that the negotiation between Pogba’s representatives and their United counterpart is still ongoing, a further report reaching National Daily reveals that some Manchester United players are doing their best to convince Paul Pogba to stay at the club this summer and beyond.

With the France World Cup winner out of contract at Manchester United next year, and a new deal not anywhere near being signed as yet, doubts over his stay at Old Trafford have arisen.

Undoubtedly, it will be a major blow on United if their most expensive signing leaves on a free transfer next year. And to avoid such from happening, the Old Trafford club will be tempted to cash in on him this summer, with Paris Saint-Germain interested.

Though Pogba’s departure appears imminent, but his teammates are very keen for him to stay at Old Trafford and commit his future to the club, with players like Mmarcus Rashford among those getting in the Frenchman’s ear

National Daily gathered from a report by The Sun that ‘Rashford and several others have been doing everything to convince Pogba to stay.

‘They believe the team would lose a key man if he goes as he’s seen as a genuine world-class talent among the squad.

‘He’s also a leader in the dressing room — one of the players the younger ones look up to when the team is struggling.’

And for United fans, it is hopeful that the announcement that Pogba’s international teammate Raphael Varane has agreed a deal to join United could help persuade their star midfielder to stay.

The centre-back is on the verge of completing the move, with everything already agreed and the transfer will see United pay Real Madrid £34m, with add-ons potentially rising to around £42m.

PSG are reportedly willing to offer around £40m for Pogba and he is interested in making the move to the French capital.

Meanwhile, while some Manchester United players could be keen for Pogba to remain with them, the club may interestingly wish to cash in on him now, rather than offer him another contract on monstrous wages, with his current deal worth £290,000-a-week.