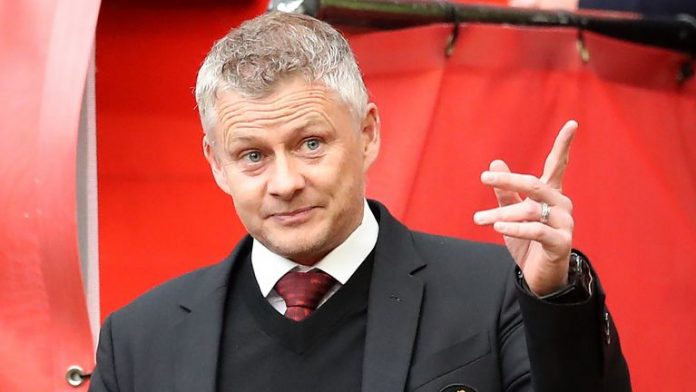 Manchester United have so far enjoyed some amazing moments in the transfer window this summer with the capturing of their long time target Jadon Sancho and with Real Madrid defender Raphael Varane transfer on the verge of completion.

The Red Devils however have maintained their hopes of adding more new signings to their squad, but the attempt will largely hinge on their ability to find suitors for a host of players, with Paul Pogba believed to be listed in the group of those who could be facing the exit door if the Frenchman fails to commit his future to United.

The £72.9million securement of a deal for Sancho and a potential initial £34.2m deal for Varane have undoubtedly hit into United’s finance and there could the need to recoup some of these finances to accommodate further transfers to Old Trafford.

National Daily understood that both Sancho and Varane have emerged as priority signings for manager Ole Gunnar Solskjaer, though he still wants to add a new right-back to his squad as well as a defensive midfielder.

But it is believed that Solskjaer’s plans will be dependent on selling players, with United needing to both raise transfer funds and free up spaces in the squad as gathered by National Daily from the report by Telegraph

According to the report, at least one big name will need to be offloaded, with United considering the possibility of allowing Pogba to leave Old Trafford if he refuses to sign a new contract.

The France international World Cup winner’s current deal expires next year, when he can leave on a free transfer, but United would look to get a fee of around £50m this summer with PSG circling.

Similarly, the 28-year-old Jesse Lingard who like Pogba has also entered the last year of his contract and, despite impressing Solskjaer during his loan, could be sold if United’s £30m valuation is met.

Furthermore, additional five more players have been tipped to either be sold or loaned out for a decent fee. These players include Axel Tuanzebe, Brandon Williams, Diogo Dalot, Andreas Pereira and Facundo Pellestri.

Amazingly, there is also a possibility of letting either Dean Henderson or David de Gea leave Old Trafford with neither player likely to accept another season of rotation, let alone being a backup, as Solskjaer switched between the two shot-stoppers.

It is understood that Solskjaer who is eager to bring in more adventurous and attack-minded defender as a cover and competition for Aaron Wan-Bissaka has set his eyes on Atletico Madrid’s Kieran Trippier, while West Ham’s Declan Rice has been previously linked with the midfield role at United.

But the possibility of the above will largely depend on United’s ability to raise and fund their transfers.