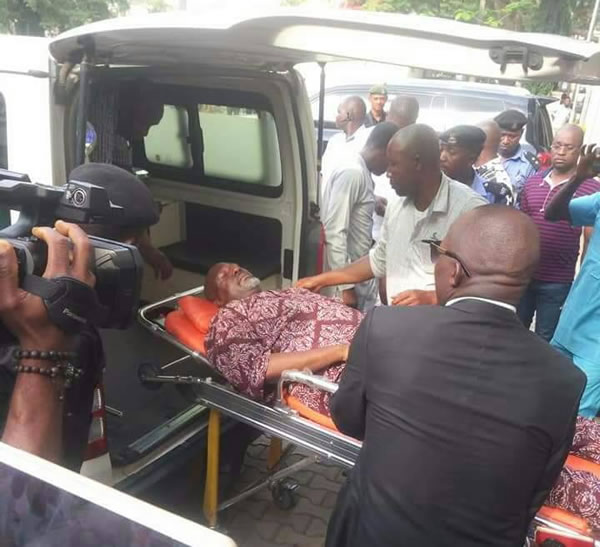 Senator Dino Melaye has been wheeled on a stretcher into the Lokoja Senior Magistrates’ court, 2, Kogi.

He was brought in a Toyota Hiace police ambulance bus.
Journalists already seated in the courtroom were asked to step out for security screening.

The Kogi West senator was arraigned in Abuja on Wednesday for attempted suicide, where he got bail of N90 million.

He was then re-arrested and whisked away in an ambulance for another arraignment in Lokoja on Thursday.

The police said he was complicit in a gun-running allegation, and he refused to honour invitation for interrogation.