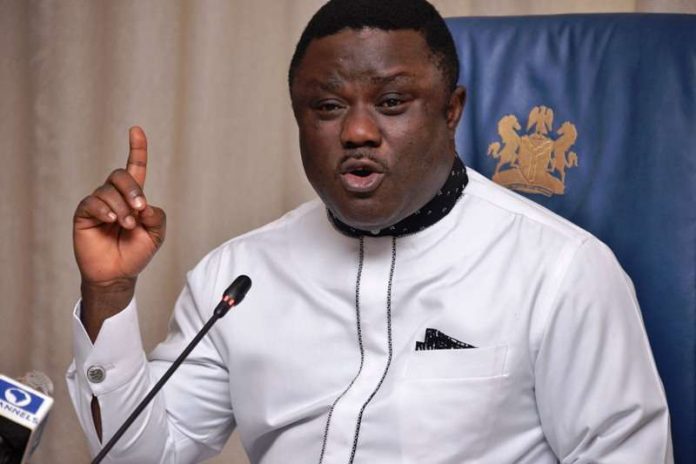 By Inyali Peter, Calabar
A cold war is currently brewing between the executive and legislative arms of government in Cross River State as members of the House of Assembly yesterday boycotted budget presentation by the Governor Ben Ayade
The governor had slated yesterday, October 31st to lay the 2018 budget before the Assembly but was embarrassed by the legislators who shunned plenary session yesterday.
Sources familiar with the development said that at the time the governor entered the chambers, there was no single legislator in the chambers thereby raising questions over
the relationship between him and the assembly.
Although the reason for the boycott is still unknown, there are insinuations that the assembly members feel they have not been properly carried along by the Governor in the implementation of the 2017 budget.
ALSO SEE: Buhari moves to mitigate deepening cracks in APC
A source said that members of the Assembly advised the governor to have a consultation meeting with them before the presentation but refused to oblige thus, the boycott.
“The House of Assembly boycotted the budget presentation yesterday. The Governor went to the Assembly to present budget but met an empty seats. Even the Speaker who many believed is enjoying smooth relationship with the Governor was not on seat.
“I don’t know the reason but we have heard that the legislators are angry because they don’t feel carried along. From what I have heard, they advised the Governor to call for a consultation meeting but he refused so they decided to protest by boycotting the presentation yesterday”.
When contacted, the Senior Special Assistant on Media/Publicity Secretary to the Governor, Christian Ita denied that the assembly boycotted the budget presentation.
Ita said that “There was no boycott anywhere. The budget was not ready for presentation.
The Governor has delayed it to tidy it up and make it ready for presentation”.