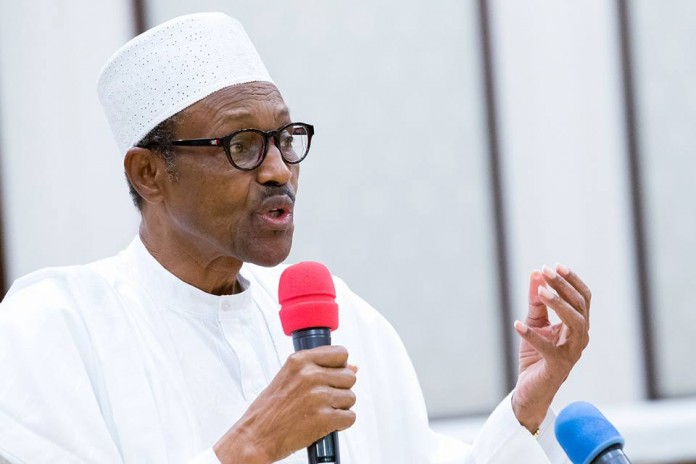 Share this on WhatsApp
Spread the love
More questions are still being raised over the sincerity and goal of the anti-corruption war by President Muhammadu Buhari, leading the All Progressives Congress (APC). The handling of corruption allegations against APC members or appointees in the Buhari administration have never followed the same pattern since coming into office in 2015.
Experiences have shown that the APC has become safe haven for corruption; all you need is just maintain your loyalty to the seat of power or decamp from the other political party and you are immune from corruption, no matter the allegations against you.
Alhaji Sanusi Lamido, now Emir of Kano, a former Governor of the central bank of Nigeria, at different times, during the Goodluck Jonathan administration, made allegations of missing or unremitted $20 billion dollars in the Nigerian National Petroleum Corporation, (NNPC), the National Assembly investigated the allegation and concluded that no money was missing. There was White Paper to that investigative claim by the lawmakers, though years after, there were information leakages that money was actually missing in NNPC.
Moreover, the NIMASA two bullet proof cars episode that cost the job o0f Stella Oduah, Minster of Aviation, there was Administrative panel that came up with White Paper which cleared Oduah of any corrupt practice, though, President Jonathan letter sacked her.
These instances demonstrated seeming transparent processes in handling investigations into corruption allegations. Unfortunately, this has not been the practice with the Buhari administration and the APC government even with the pronounced war against corruption.
It was bizarre when the news spread that President Buhari had cleared Babachir Lawal, Secretary to the Government of the Federation (SGF), who was indicted by the Senate investigation into the IDPs financial crisis, as well as Ibrahim Magu, Acting Chairman of the Economic and Financial Crimes Commission (EFCC), who was indicated by the controversial report of the Department of Security Services (DSS). Their clearance were predicated on the report by the Attorney-General of the Federation (AGF) and Minister of Justice, Abubakar Malami, who President Buhari ordered to investigate top government officials linked to corruption allegations.
It is the practice of the federal government that ministers report to the SGF or facilitate their policies through the office of the SGF.  So, the AGF, being a minister and also one of the political appointees, would not have performed that duty without sympathy or bias.
The case of the EFCC Chairman who was rejected by the Senate for confirmation may be understandable because of partisan politics, even at that, a more transparent investigation authority would have been more convincing of the intentions of government.
The President of the Senate, Dr. Abubakar Bukola Saraki, reading n a letter from the President at plenary on Tuesday, disclosed the President’s  re-nomination of Magu as EFCC Chairman, and the clearance of  Lawal from corruption as contained in the report by the AGF.
The President had, in the letter, requested the Senate to reconsider its decision to reject the appointment of Magu as substantive EFCC Executive Chairman.
The Acting President, Prof. Yemi Osinbajo, had sent the letter to the Senate on Sunday evening.
The Senate had on December 15, 2016, rejected the appointment of Magu as EFCC chairman, citing a security report from the DSS.
In the report, Magu was accused of living in a house paid for by a “corrupt” businessman.
He was also accused of extorting money — through a proxy‎ — from suspects.
Last December, the Senate recommended the sack of Lawal for alleged corruption.
After investigating the diversion of funds for internally displaced persons in the north east, the Senate Ad-hoc Committee, in its report, accused Lawal of receiving a kick-back of N200 million through his company, Rholavision Limited, from a company he awarded a contract for the clearing of invasive plant species in Yobe state.‎
Accordingly, President Buhari had directed the AGF to investigate the allegations‎. Malami recently submitted his report at the end of the assignment.
‎On the SGF, the President dismissed the document as a “minority report”, saying that “the Senate committee comprised nine members” but only three persons signed it.‎
“The review of the interim report showed that only three members signed the report. ‎This makes it a minority report of a senate committee‎,” he told the senators in his letter.
‎Buhari maintained that the SGF was not given the opportunity to clear himself of the allegations, and that the company linked to him was not accorded the chance as well.‎
“The current report does not meet the principle of fair hearing‎ required in cases of abuse of office by public officer,” he had said.‎
Share this on WhatsApp