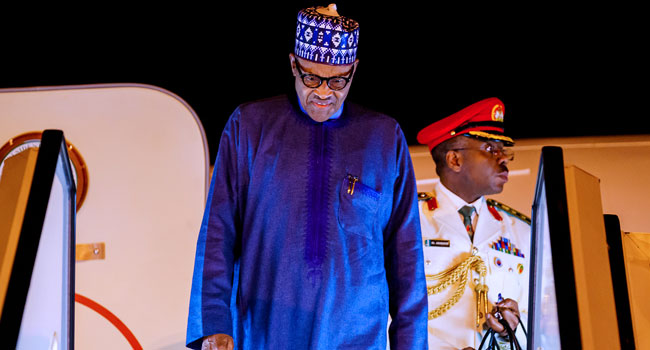 President Muhammadu Buhari has scheduled an official visit to Rivers State where he will on Tuesday commission the Police Barracks, Special Protection Unit (SPU) base 6, at Omagwa, Ikwerre Local Government Area, Rivers State.

The Niger Delta Development Commission (NDDC) in a statement on Sunday by the Public Affairs Director,  Ibitoye Abosede, indicated that the building is a 66-flat residential quarter and administrative block for police officers in Rivers State.

President Buhari would, however, be represented by Vice President Yemi Osinbajo for the inauguration of the project built by the Niger Delta Development Commission (NDDC).

The Interim Administrator of NDDC, Efiong Akwa, was said to have conducted an inspection of the project which consists of an administrative block, an armoury, gatehouse, underground cell and 66 units of accommodation, which include residence of the commander, residence of the second-in-command, and 64 one-bedroom flats.