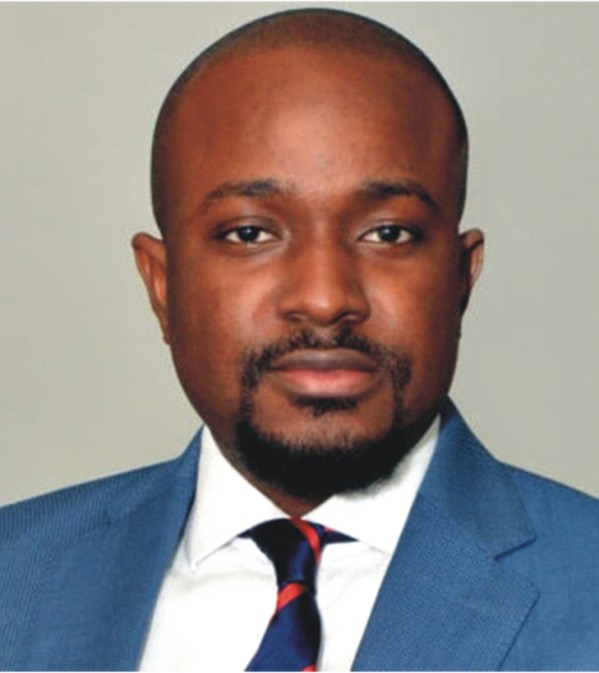 MOST of the banks have now released their full year 2015 results. Levels of NPL and profits were the key things we looked out for. What did you see in these areas; how sustainable or otherwise are the figures?
Given the structure of the Nigerian economy where about 90 percent of export revenues is from oil, the impact of low oil prices on the results of Nigerian banks cannot be dismissed. As you know, Nigerian banks have a high exposure to oil companies. As such, the slump in oil prices which have declined by 70 percent in close to 24 months has direct bearing on the banks either in terms of lower levels of revenue or weaker asset quality.
The inflationary impact which we are already seeing would ultimately increase the banks’ operating cost and weaken their performance. The 2015 results of banks, to a large extent, are bellwether signs of what will happen in 2016 if we don’t see a rebound in oil prices.
There has been some restructuring of loan assets which has actually bought the banks some time. Restructuring a facility is a global practice and it’s allowed. However, it becomes a concern when a loan goes through multiple restructuring. It raises questions about the quality of the assets banks are holding.
Oil and gas loan assets have been restructured, but there are still risky loan assets in other sectors including commerce, retail, manufacturing, real estate and construction, and also trade. For the banks with cyclical NPL risks, these will be the sectors that will drive the non-performance of assets. For other banks, it may be corporate governance issues, as seen at First Bank for example.
There may be NPLs, which were not recognized in prior years. But auditors are now more scrupulous. So the problems some banks would have in their results would be governance-related as much as fallout of the economic slowdown.

What is your opinion about the CBN’s currency policy, considering the fact that many have argued on the suitability of the controversial policy at this particular stage when the country is facing serious economic crisis due to the fall in the prices of crude?
Conventional economics doesn’t favour countries that peg their currencies. A currency peg leads to distortions in the economy which is what we are seeing in Nigeria. I think my preference would be to allow market forces to determine the value of the naira. Some of the issues we are currently facing such as the spike in inflation are being driven by the distortion in the exchange rate, where we have the official rate pegged at N199, and the parallel market is 60 percent higher than the official rate.
Having been denied access to forex at the official market by the Central Bank of Nigeria, a lot of importers have resorted to the more expensive parallel market to buy dollars to pay for imported goods and services. It becomes inevitable that this will feed through to the prices of goods and services in the domestic market.
The government believes that the significant reduction in foreign exchange necessitates the rationing of it. One of the benefits of this policy is that some businesses that were previously importing items we could produce domestically have had to look inwards for alternatives. They are now looking at import substitution and backwardly integrating their production processes.

There is pressure on President Muhammadu Buahri to devalue the naira. Will you support the call to devalue the naira?
President Muhammadu Buhari has been very clear about his views on the currency and the CBN has not gone against the President’s wishes. Until Buhari is convinced about the need for devaluation, I don’t think devaluation will happen. The CBN would try to wrap a narrative around what the President wants, which makes it very difficult to understand what’s going on.
But I think we need a clear strategy and more flexible FX pricing mechanism that ensures that liquidity flows in the market. Given the country’s needs for budget support from the World Bank and other international parties, we could see some exchange rate flexibility via introduction of a two-tier FX market. If things continue without a holistic strategy, inflation would hit the roof. We might have a situation where the middle class would be wiped out as seen in other countries that treaded down this path Venezuela and Zimbabwe easily come to mind. In real terms, you could have a relatively poorer population when inflation is in excess of 13 percent.
In terms of fixed income investments, we currently have negative real returns. On the equity side of things, looking at it from the view of a dollar investor, if you invest a dollar today and tomorrow there’s a 20 percent devaluation that essentially means the investor will require more naira to get back his investment in dollars, thereby wiping out a portion of his expected returns.

The 2009 banking crisis in Nigeria, apart from the contagion from the Global Finance Crisis at the time, was largely attributable to weak risk management frameworks. What is your outlook of the Nigerian market risk?
I think risk management has improved a lot in the banking sector. Where we are today is nothing close to what it was back in 2008/2009 when it was the Wild Wild West. In 2009, NPLs were 30 percent of loan books. But now, they are 5 percent. It’s unlikely that 2009-type scenario would happen again. Some banks may be able to navigate and keep earnings flattish or marginally higher or lower on a year-on-year basis. But overall, returns will decline. You can’t have an economy that has gone from 6 percent to 2 percent GDP growth rate, with rising inflation, without things getting worse for banks.
However, we have to watch very closely the bank’s exposure to the oil and gas sector and also hope that the macroeconomic environment improves.
But overall, I think banks have become smarter in structuring loans since their understanding of the risks has improved. Banks also utilize credit bureaus and they have in place biometrics systems, which help in analyzing the obligors.