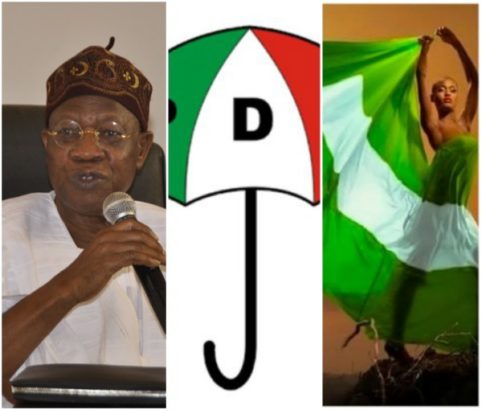 Share this on WhatsApp
Spread the love
The Committee for the Defence of Human Rights (CDHR) has described as one-sided, the list of alleged looters released by the federal government on Friday.
The list released by Lai Mohammed, minister of information, has names of only members of the Peoples’ Democratic Party (PDP).
The minister said the names were released as a result of the challenge that the government from the party.
Kola Ologbondiyan, spokesman of the PDP, had dared Vice-President Yemi Osinbajo to either name those accused of being corrupt or keep quiet.
This prompted Mohammed to respond in less than 24 hours.
However, in a statement on Saturday, Malachy Ugwummadu, CDHR president, said disclosing the identity of the alleged looters does not show the federal government is serious with the war against corruption.
“If the federal government was serious about total anti-corruption war, it should also look inwards and name ex-PDP chieftains who are now in the All Progressives Congress (APC),” Ugwummadu said.
“The conviction and prosecution of looters were the real proof of any anti-corruption fight. On whether it was right for the federal government to have named persons whose corruption cases were already in court, it is an issue that was neither ‘here nor there’.”
He added that if the persons named by the minister view it as name-dropping, they could sue for defamation.
“Justification is the total defence to defamation,” he said adding: “But I think what happened was that the federal government succumbed to pressure in releasing the list.
“What is important for the federal government to make Nigerians think it is serious about anti-corruption war is if it looks inwards and names those accused of corruption, who defected from the PDP to the APC.”
On the list are the names of Uche Secondus, Chairman of PDP, Olisa Metuh, ex-spokesman of the PDP and a former aide of ex-President Goodluck Jonathan.