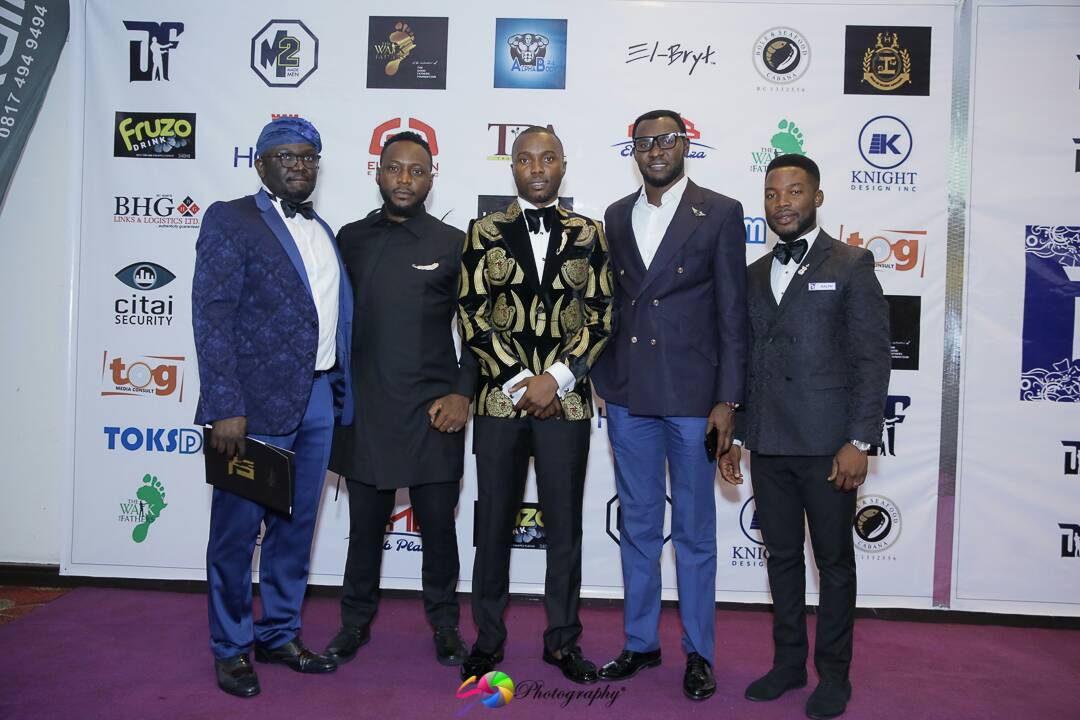 The Goodfathers Foundation, a non-profit organization, held a program recently to commemorate this year’s International Father’s Day. It hosted a two-day event to drum-up support for fathers and to ignite a fresh commitment to support and celebrate the Nigerian man.

The two-fold event started with a Walk For Fathers on the 17th of this month as celebrities led the walk by 7:30 am. Sir Bimbo Manuel, Femi Jacobs, Ohimai Amaize, Chuks Anyaduba (Road Safety Activist), Charly  Boy Oputa,  Mc Amana,  Toksdam of Africa, Amb. David Egwu and others were among those that featured in the walk.

However, the D-Day was on the father’s day proper, 18th June at Sheraton Hotels and Towers. The foundation held a black bow-tie event and the evening featured a special fathers Monologue by Bimbo Manuel, Femi Jacobs, Ope Jideojo and Rume Sefia.

ALSO SEE: Is Uche Jombo getting a divorce?

Special Father’s Day messages were delivered by the Indian Ambassador to Nigeria and other dignitaries. The high profile event was strictly by invitation. However, several people won free invites to bring their fathers to the event as they had an evening to remember. These special people won these invites by posting a picture on Instagram with their dad telling what their fathers meant to them.

This was the maiden edition and according to the founder, Mr Nnaedu Umeohia, it won’t be the last, they went on to explain that, “The Goodfathers Foundation (TG Foundation) is a non-governmental organization. Our mandate is to Support, Inspire, Transform and Empower men to become Good Fathers. At TG Foundation, we understand that the bedrock of every society is the family. We hold the view that building a sustainable nation is intricately linked with having Good Fathers who can serve as role models at home and in the wider society”. Other members of the organizing team includes, Mr Tokunbo Olorundami (co-founder), Mr Bryt Nzenwa (Head of Operations), Comrade Isaach Balami and Mr Rapheal Abejirin (Events coordinator).